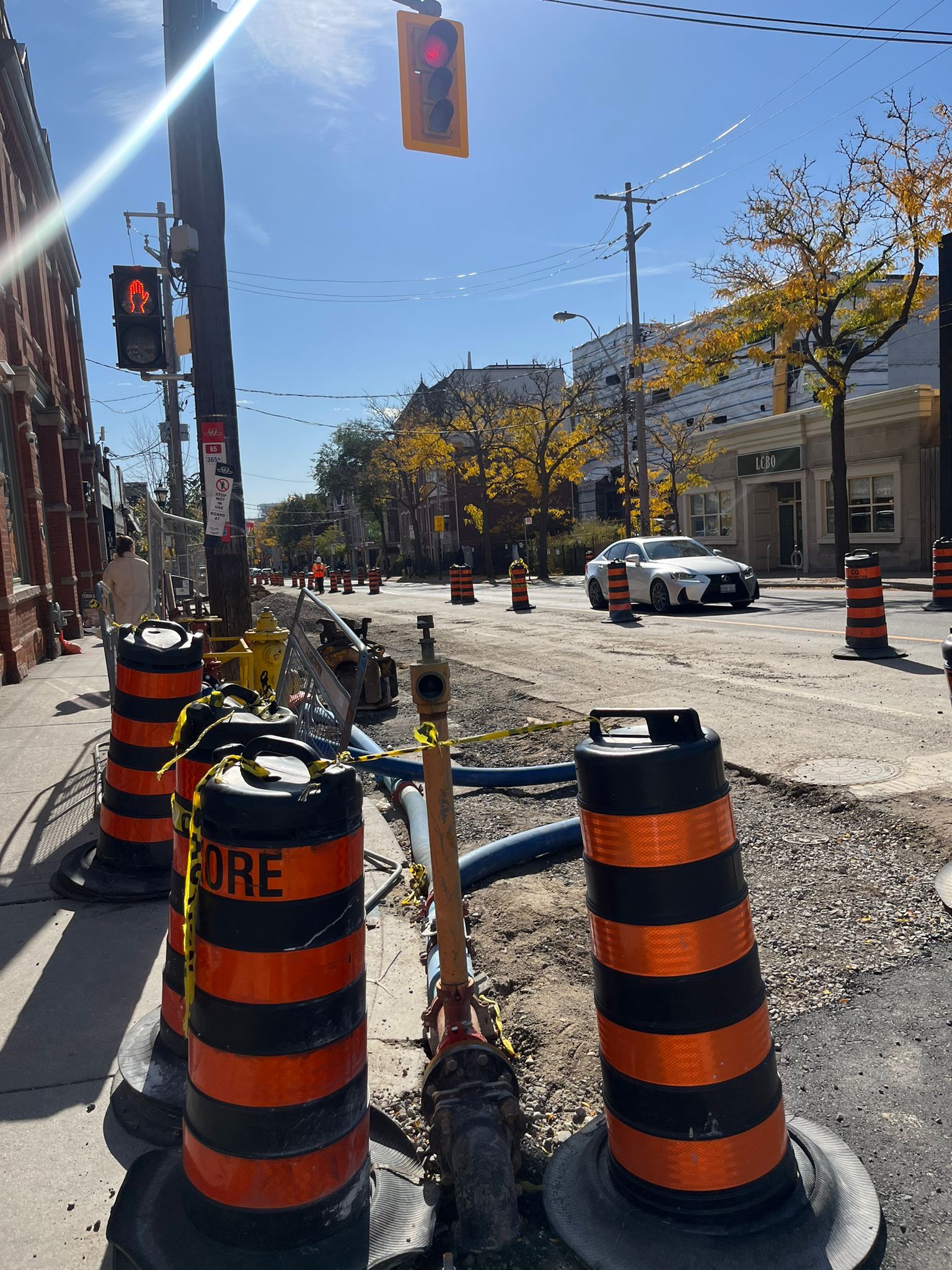 Multiple construction projects near Cabbagetown have distressed businesses whose local sales are slowly recovering from the pandemic. Two lanes on Parliament Street are closed, causing a loss of parking while drivers confront redirection signage and cones on the road.

City work to improve water services on Parliament Street is expected to go to July 2023. As well, the TTC is replacing streetcar tracks by reconstructing
a new sub-structure at the intersection of Church Street and Carlton Street.

506 Carlton/College streetcars are being rerouted via Dundas Street between Ossington Avenue and Parliament until late this year. Construction has led to dirt accumulating on the streets as trucks break down concrete.

Beverley Donn from Green’s Antiques, on Parliament near Winchester Street, says the store has lost business from the loss of parking for customers to load purchases.

“We had COVID, and then we had a park in the middle of the street where people couldn’t park. And now this, and nobody comes,” Donn said.

Hiromi Alexander, working at The Frame Maker, said the number of clients has dropped by about a third. “A lot of our clients bring a big piece of art and they definitely need to be able to park in the front,” she said.

After Parkscape, Alexander thought her clients would finally have some parking spots to access the store, but then the watermain construction started.

Rychard Bannerman from the Previously Enjoyed Furniture, Previously Loved Clothing pop-up store doesn’t dispute the need for the construction, but is bothered by how it is proceeding.

This part of the city lacks adequate infrastructure for sewer and water “because most of it dates back to the mid 1800s, so it’s necessary to do this for all the condos that are being put in,” Bannerman said.

But fences put up on the east side of the street sidewalk from Wellesley to Carlton have blocked people from crossing from one side to the other. Blocking the whole street makes it hard to access the store, Bannerman added.

“It’s all fenced. We’re caged, we’re literally caged.” Rajah of Absolute Bakery says his business has declined by 40%. He hopes the construction won’t be left as it is this winter because “it’s going to be really damaging for the businesses.”

Cabbagetown BIA has started a petition to help local businesses survive demanding help from Mayor John Tory. While the construction projects are necessary for community safety, it says, businesses are seeing revenue decline by as much as 70%.