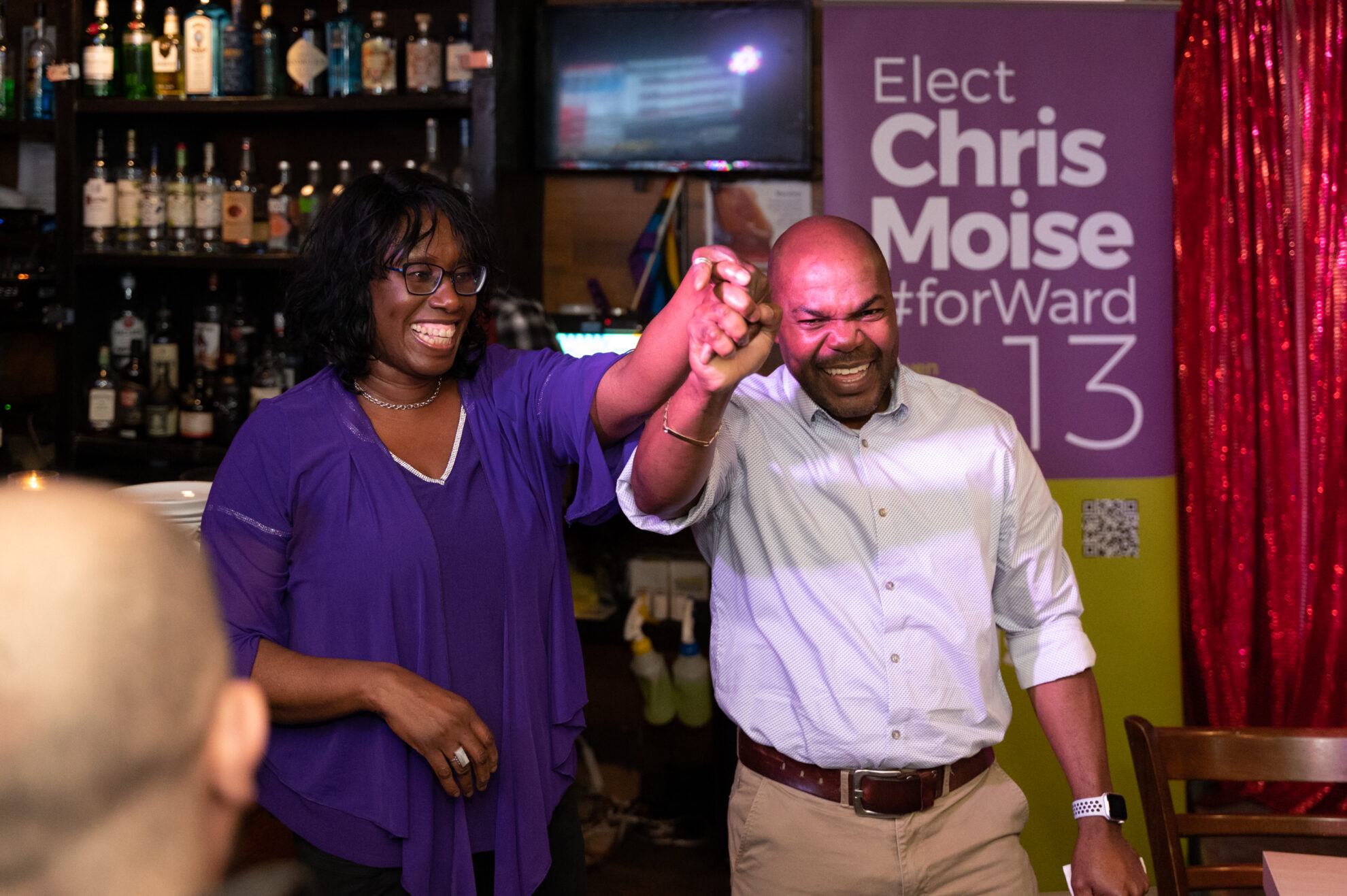 Cheers erupted at The Lodge in the Church-West Village when the results were announced. Campaign ally Deborah Williams was elected as a Toronto District School Board trustee for Wards 10 and 13, while Kevin Morrison won as Catholic trustee for Ward 9. Moise thanked voters, volunteers, campaign organizers and his grandmother. “I came to Canada when I was seven years old with my grandmother and one suitcase.” The road has not been easy, but Moise is proud of what he’s accomplished.

Moise is focused on supporting the yongeTOmorrow project, which aims to improve the pedestrian experience on Yonge Street between College and Queen Streets. He also wants cleaner city streets, with reduced litter and improved garbage collection.

The “mayhem of construction” in the core, he said, could improve with better public notices and more accountability of city staff so “people can stay in the loop.”

Moise would like to see the five-year Downtown East Action Plan become permanent, which would increase street cleaning, parks staff and other services. In the immediate future, he hopes the growing tent encampment in Allan Gardens can be removed “without police intervention,” but with transitional or temporary housing ensured for its residents through the winter.

The frontrunner throughout her campaign, Malik won with 36% of the vote. She was supported by several notable figures, including retiring Ward 11 (University-Rosedale) City Councillor Mike Layton.|

Across the province, about 36% of Ontarians voted municipally, the worst election turnout in 40 years.

Gil Penalosa, runner-up in Toronto’s mayoral election, tweeted shortly after election results were announced that “councillors who got less than 50% vote [should] know that they do NOT deserve to be in Council.” A ranked ballot system and term limits for elected officials would be fairer, he believes.

An internationally known urbanist, Penalosa put forward several bold ideas in his campaign including tearing down the eastern portion of the Gardiner Expressway to save more than $1 billion. He received almost 100,000 votes with a tenth of John Tory’s campaign budget (Tory got 342,000 votes).

Mayor Tory credits his ability to secure funding for Toronto from all levels of government as part of his campaign success. He was elected for a historic albeit predictable third time. If Tory completes his four-year term, he will become Toronto’s longest serving mayor.

Tory says he plans to focus on “keeping our economy strong by continuing to attract jobs and investment, keeping our streets safe and helping those in need right across the city.”

Official Election Results from the City of Toronto: