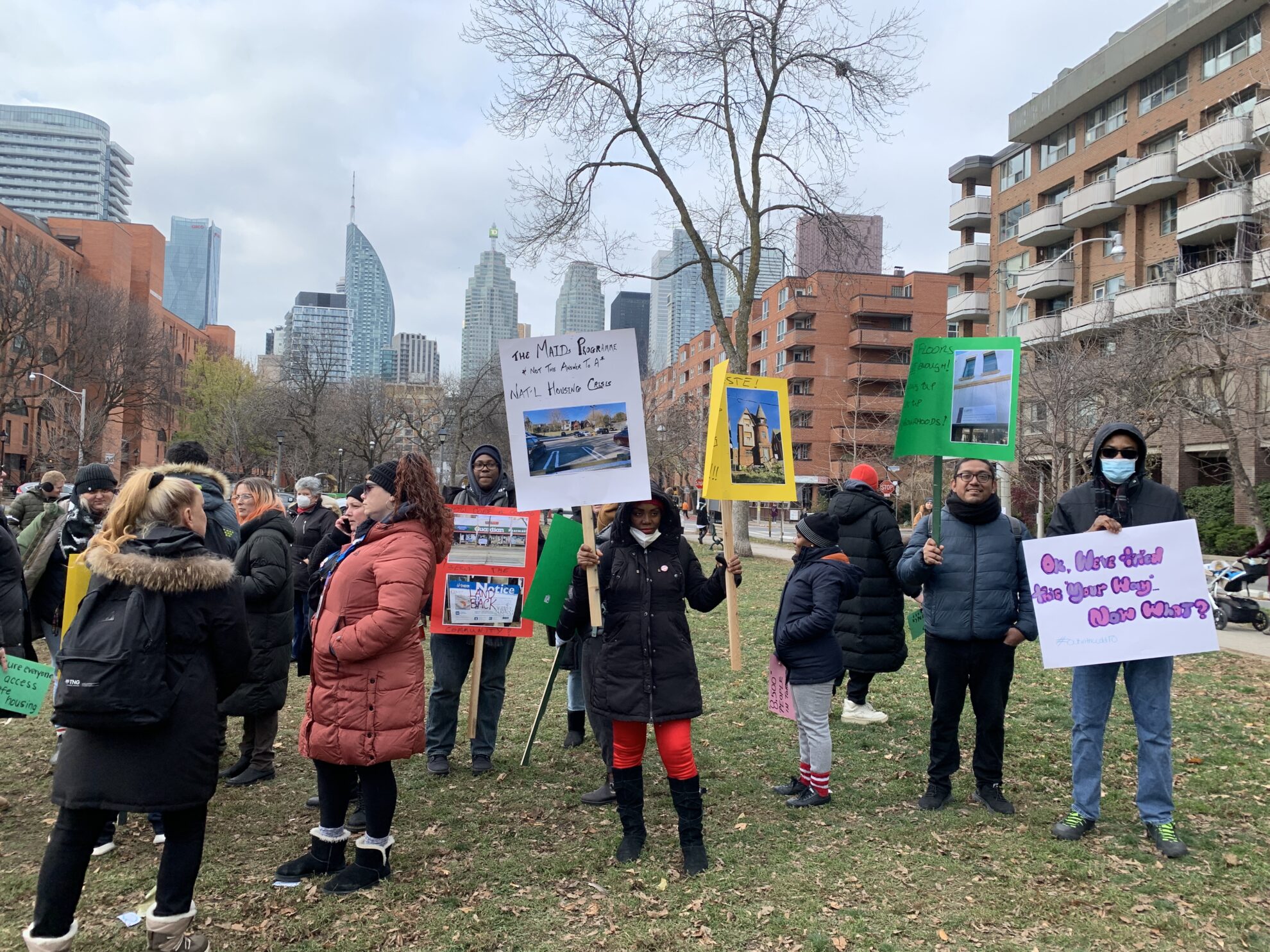 On November 22, National Housing Day, the Shelter and Housing Justice Network hosted a rally in David Crombie Park to demand that all levels of government create more accessible and affordable housing.

The housing and shelter crisis in Canada is worsening, especially over the past few years. In Toronto, more than 80,000 families are on the affordable housing waitlist. Shelters are overflowing and hundreds of people a day – 180 a day in October – are turned away. In December 2021, the Toronto Homeless Memorial’ recorded its highest number of homeless deaths per month to date.

The Shelter and Housing Justice Network, a group of researchers, shelter providers and legal workers advocating for proper housing, is demanding that the federal government implement a national housing program immediately. This includes funding housing for Indigenous people, and the initiation of a five-year plan to dedicate more properties for social housing. From the provincial government, it demands funding for all hotel shelter programs to stay open and increased Ontario Works and the Ontario Disability Support Program subsidies.

From the City of Toronto, the network demands stopping encampment convictions and evictions, add 27,000 sizable locations to the shelter system, and “stop criminalizing people who are poor,” leader Lorraine Lam said. “These are literal life and death demands.”

In October, the former Novotel hotel, which housed hundreds of Toronto’s homeless at 45 The Esplanade, abruptly announced it would close as a shelter. Chris, a Novotel resident who attended the rally, said residents were told they had until December 31 to relocate. However, they received a note under their doors saying they had to evacuate by December 6.

“They want to cram us into more shelters,” Chris said. “I’m prepared for the worst. I really don’t want to go to another shelter. I’m trying to recover from an opioid addiction.” Chris said he will most likely live in a tent.

Rainbow Connect (LGBTQ+ newcomers with the TNG Neighbourhood group) educates LGBTQ+ refugees on affordable housing and financially supports them through an emergency fund.