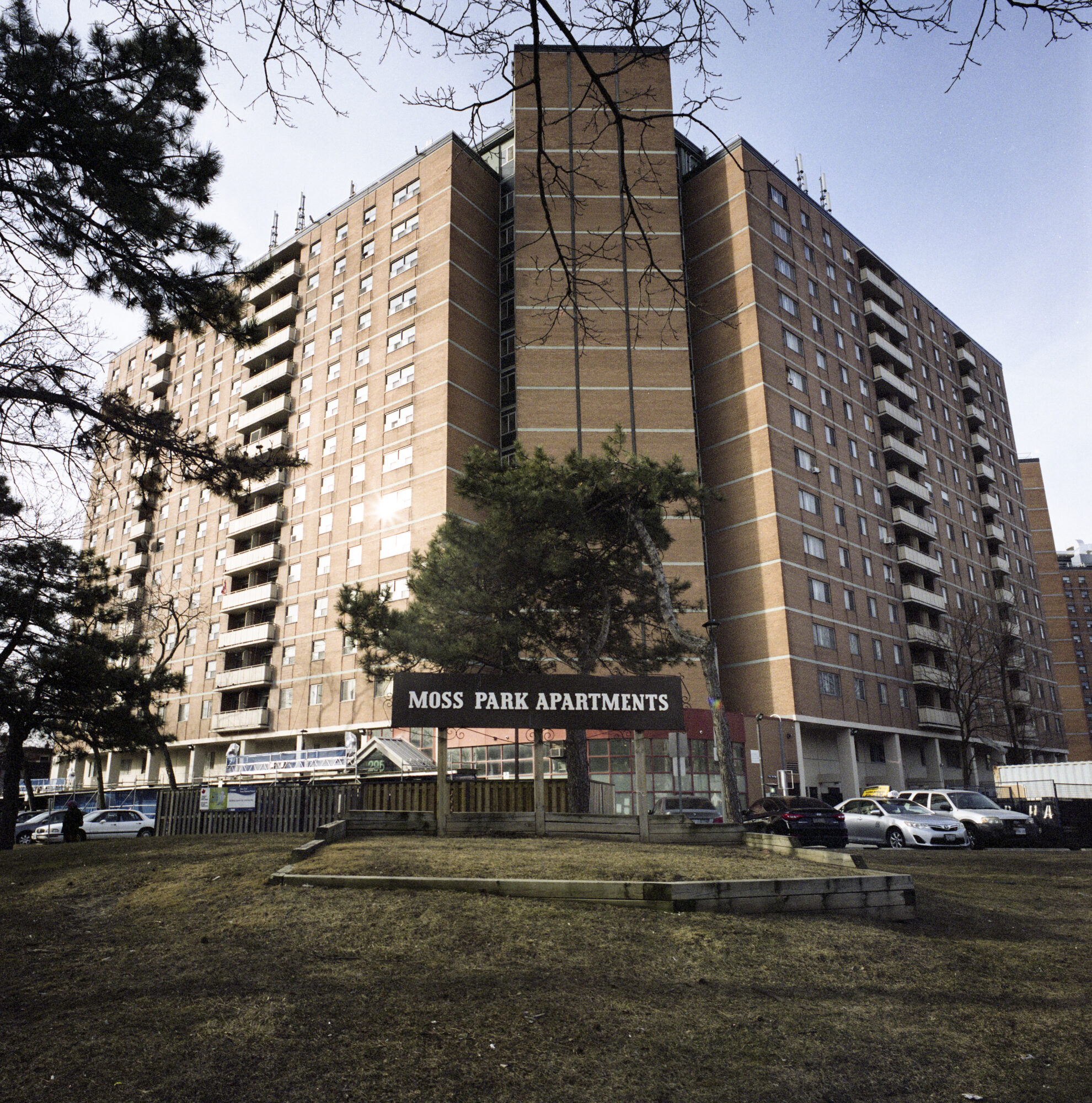 Conspicuously missing from the conversation about policing in the Moss Park area were members of the local community. Not heard were business owners and residents from Queen Street East, including residents of Toronto Community Housing’s Moss Park Apartment complex.

The lack of community representation was not just a one-off event. Many residents and business owners the bridge spoke to had never heard of the Community Neighbourhood Offi cer Program (CNOP), let alone knew of meetings they could attend.

In a neighbourhood where crime and violence are pervasive, the absence of local outreach to community-based groups by the police is a major misstep.

“We live in an area that is incredibly exposed and has a lot of uphill battles,” said Rasmus Groth, a resident at 90 Ontario Street, a live/workspace just south of Queen East. “I have been here six years and I never had any idea [of the NCOP]. Not a fl yer not a sign, not anything.”

“I think it would be a good start for them to realize that they have some shortcomings by not including us.”

The CNOP initiative was introduced in 2013. According to the police website, the program’s mandate “includes building relationships and solving problems within their neighbourhoods.”

There are CNOs in 34 neighbourhoods throughout all 16 police Divisions. CNOs serve a four-year minimum posting within the CNOP.

Moss Park has eight CNOs, covering roughly from Jarvis to Parliament and Queen East north to Carlton. Public outreach includes quarterly meetings between the CNOs and the various communities to discuss policing issues and areas that require additional police presence.

With little to no representation, Moss Park is left to its own devices Moss Park

Unlike most neighbourhoods in the downtown east, the Moss Park community has no residents’ association or collaborative groups that can help collect and disseminate information to residents and business owners. This translates to missed meetings and lost opportunities for open and consistent dialogue to establish the community’s needs and wants.

With little to no representation, Moss Park is left to its own devices. “The issues we are dealing with put lots [of] pressure on us,” says Babak Fahmi, owner of FAMO sandwich shop. FAMO is adjacent to the Moss Park safe injection site on Sherbourne Street. Loitering, discarded needles and deposits of human waste are just some of the problems Fahmi and other business owners experience. And while Fahmi is considerate of those who require social services, the CNOs could facilitate conversations between businesses and the harm reduction facility to encourage accountability and neighbourhood well-being.

“We came and invested money to be part of the neighbourhood,” Fahmi says. “Not being part of these meetings to help solve problems, you don’t feel good about it.” The largest group of residents in the Moss Park community reside in TCH buildings between Seaton and Parliament Streets, a community sidelined in conversations about local policing.

Long-time resident Bihi has in the past been involved in TPS consultations within the Community Policing Liaison Committee (CPLC). Told that the Moss Park neighbourhood were not informed of the last CNO meeting, Bihi replied, “Yes, they’ve been doing that.” Despite the rift in communication and a litany of grievances over community safety, many in Moss Park still want to engage in formal dialogue with the police service. A proverbial olive branch for an institution that still has much to prove. “If there is such a meeting [in the future],” said Bihi. “I’d be happy to attend.”