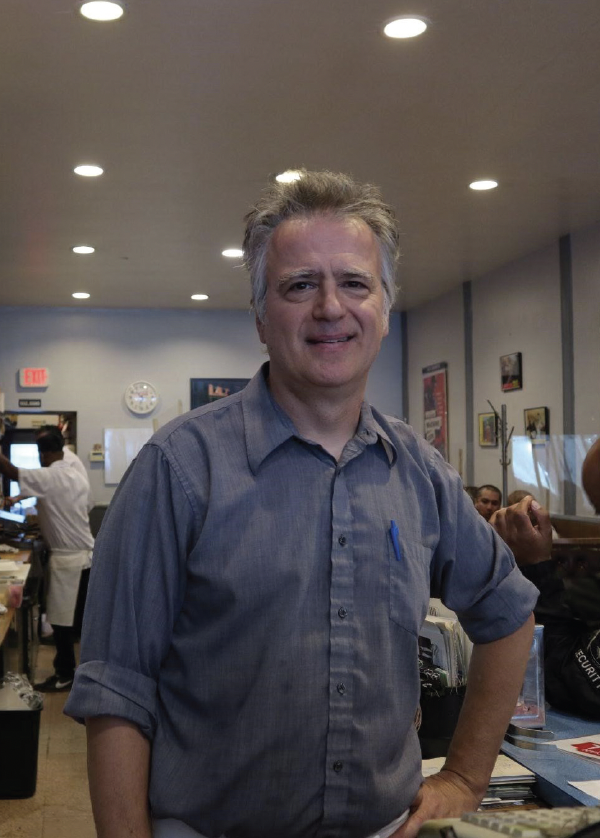 “We’ve been here now 54 years. A lot of people call us the staple of the neighbourhood,” says Terry Papas, manager of Patrician Grill.

After immigrating from Greece, Helen and Louie Papas purchased the standalone, low-rise building at King Street East and Frederick Street and turned it into a family business in November 1967.

More than 50 years later, according to the diner’s website, “not much has changed.” From the classic menu featuring hamburgers, club sandwiches and meatloaf to the 1950s-style booths, the diner feels as if it’s from another time. One change: hard plastic screens have been installed above booth seats to allow for indoor dining while limiting the spread of Covid-19.

The diner closed during the height of the pandemic. With many people working and studying from home, Patrician Grill was not getting the foot traffic or takeout orders to stay open. But after taking the provincial and federal small business supports along with protective gear provided by the City of Toronto, the diner was able to re-open, unlike many other restaurants.

Today the diner is run six days a week by Terry Papas, his brother-in-law Chris Slifkas and a small staff. In some ways, Papas says, business is better now than when the diner started. “People spend more,” he says while taking two coffees to a couple who just sat down, “but now, everybody’s got their little niche.”

Gesturing to a space beside the coffee machine, Papas says that in the 1970s and ‘80s, he had a line of styrofoam cups pre-filled with sugar and cream to get them to customers faster. Styrofoam cups now sit still in their plastic packaging, tucked behind the machine.

“We used to sell, maybe 40 or 50 cups a day, take-out! Now, we’re lucky if we sell 10.” Papas points to several newer coffee shops in the neighborhood as the reason. As one of a few family-owned businesses remaining in one of Toronto’s oldest neighbourhoods, Papas says, the small diner keeps its own kind of historical record for the area.

Since the Patrician Grill opened, the area has changed from a bustling commercial area to a much more residential one. The opening of George Brown College’s St. James campus in 1976, only a block away, marked an important moment in this transition. And while the increased foot traffic is great for business, Papas still thinks the neighbourhood is going in the wrong direction, “I understand [the condo growth] a little bit, but I think it’s gone too far, too much. It’s going to create more traffic and more people, and I just don’t think the neighbourhood can support it.”

As in much of the city, increased new condominium development has reshaped St. Lawrence Market neighbourhood, where Patrician Grill calls home, increasing property and rent prices. Little more than a 10-minute walk from Patrician Grill was the now-closed Canary restaurant. The former neighbourhood staple served its last meal over ten years ago after the Bayview extension closure. Terry Papas remembers when six family-owned diners were within walking distance; now, Patrician Grill and the George Street Diner are the only ones.

Two older men sitting at a booth at the back of the diner for most of the morning call Papas over by his first name. As they continue a friendly debate about the election, the diner has started to get busy, with families and single patrons spilling in from the street. When the two ultimately leave, they again thank Papas by name, and crack a joke on the way out. This is Terry Papas’ favourite part of the job.

“We have some sense of home, I guess you could call it. Home away from home. We do what we do and I think some people like how we make our food and enjoy the fact that we’re still here.”