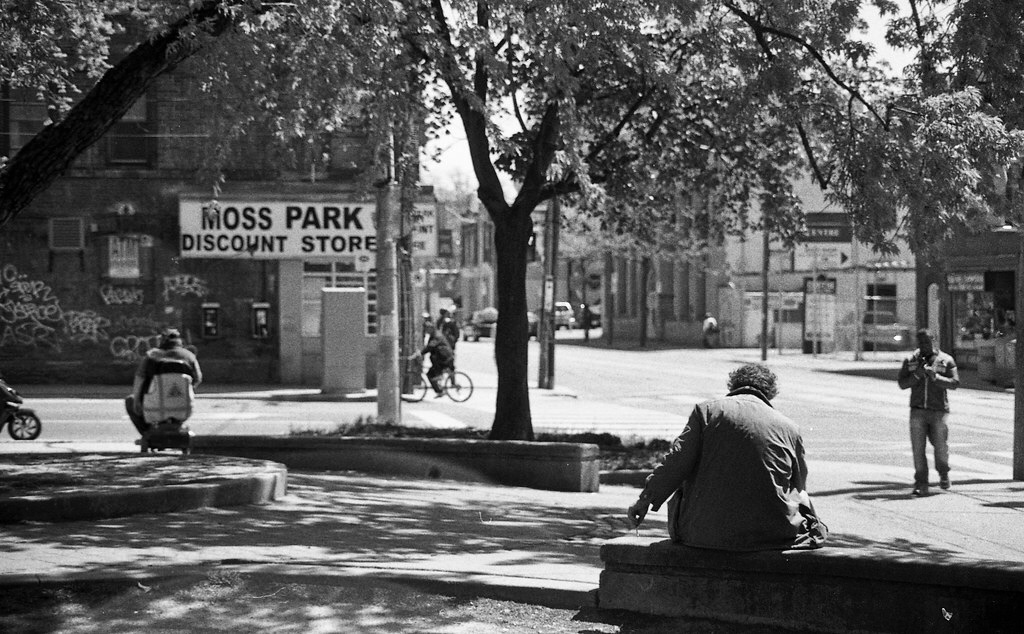 The decision last November by residents of Cabbagetown South to hire private security has suddenly become the talk of the town.

Playing out in people’s minds were imaginings of a privatized police force patrolling neighbourhoods and beating up transgressors, in a dystopian scenario where government services have all been sold off.

But rather than an outcome of unbridled Reaganomics, the decision was the culmination of resident frustration over a string of break-ins, assaults and overdoses in a neighbourhood long beset by social ills. Nevertheless, both the media and politicians weighed in on the news with sensationalism.

“The question is what the role of [private security] is, how they interact with the public,” cautioned Mayor John Tory in statement aired on CP24. “That has to be watched very carefully because we have a police service; they are excellent at what they do.”

For a mayor not known to speak on parochial issues, the need for high-profile commentary was less about the ethics of private enforcement and more about shoring up confidence in the Toronto Police Service. After all, the TPS invests a lot of time, money and human resources policing the Cabbagetown South/Moss Park corridor.

“This is the division,” Superintendent Peter Moreira of 51 Division told the bridge, “that make more criminal arrests than any other in the city, by a large margin.” He said eight neighbourhood officers are permanently deployed in the Moss Park/Cabbagetown South area, “but we don’t own the solutions to these problems.”

These “problems” are as diverse and complex as in any other marginalized inner-city neighbourhood. Resource mismanagement, poor planning and willful neglect usually lead to a stigmatized and ghettoized urban poor population.

Moss Park and its environs have long endured debilitating experiments of urban renewal schemes, and a concentration of poverty and social services.

The destructive effects of drug consumption are hard to ignore. This was true long before Covid-19, whose health restrictions and lockdowns have exacerbated street-level social problems.

Society’s once-hidden underbelly, complete with trauma victims, addicts, prostitutes and the homeless, is now bare for the world to see – much to the annoyance of homeowners and small businesses.

Concerns from residents in adjacent neighbourhoods like Cabbagetown South are by no means novel. Only a worsening situation convinced a young couple to solicit money from neighbours to finance a private security service they perceive will boost community safety.

This indicates not the hardening of NIMBYist attitudes towards the downtrodden—although they are no less prevalent—but a response to chronic social ills that have challenged the Moss Park community for decades.

Since solutions have not been forthcoming, the “official unofficial policy” is simply to confine the poor and vulnerable to where the inevitable machinations of crime and violence can proceed without troubling affluent and established neighbourhoods.

Common to these transient and disjointed districts is lack of a stable voting base. If there is no meaningful constituency, how can a community develop and express political will for change?

Moss Park is unique as Toronto’s last inner-city “ghetto” at a time of unprecedented development. People are waiting to see if condo buildings force a transition the city otherwise has been unable to conceive.

But can we have our cake and eat it, too? Can we gentrify without alleviating the regressive conditions of the neighbourhood?

Covid-19 will one day abate, but the problems on the streets of Moss Park will persist, as it has since many of us can remember.