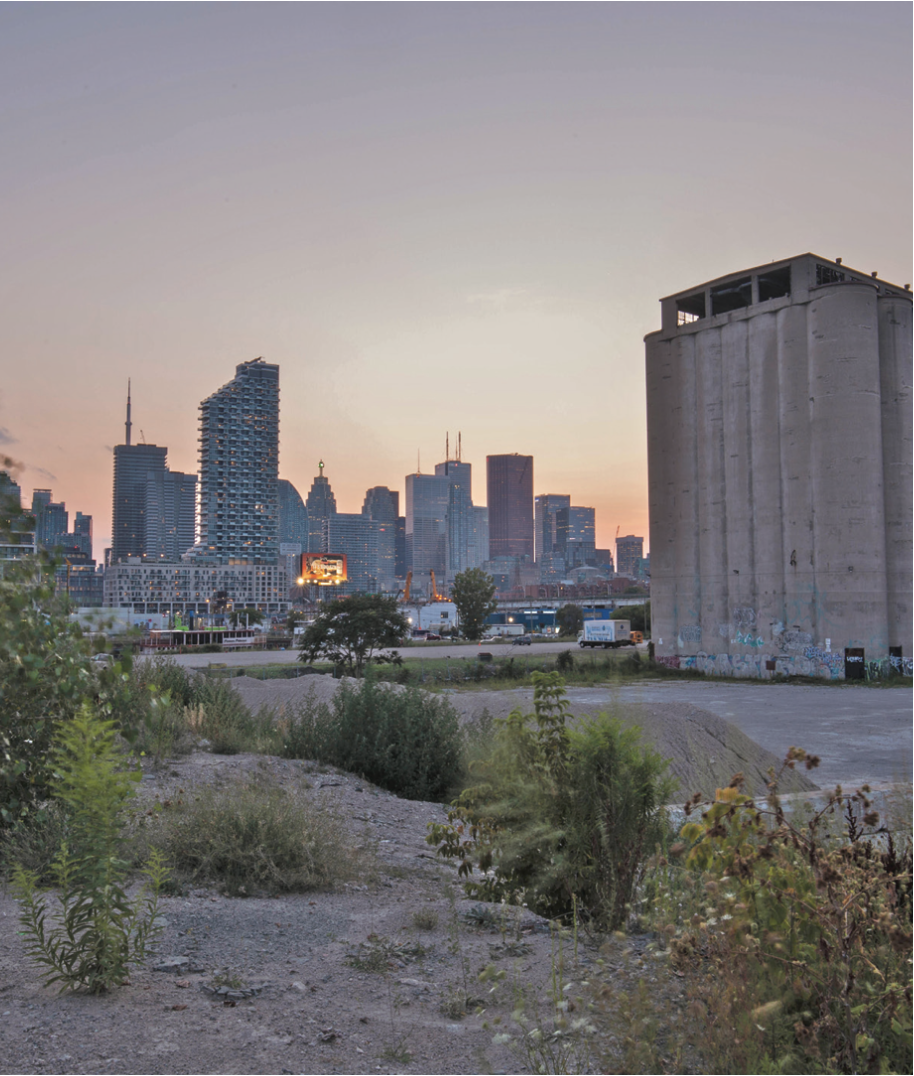 The west side of the Toronto Port Lands looks like a set in a post-apocalyptic film. Piles of rubble and debris occupy most of the shoreline; not until you reach the top of a mound can you see the area’s potential.

Not long ago, Sidewalk Labs and Waterfront Toronto planned to develop this land into Quayside, a controversial project said to be a “more sustainable and affordable community resulting from innovations in technology and urban design,” according to Sidewalk Labs CEO Dan Doctoroff.

However, in early May the company walked away from the project, citing economic uncertainty around the world and in the Toronto real estate market.

With no clear plans for this land having emerged, a group of Crombie Town residents want it developed into a park. Cate Stoker, an Esplanade resident who’s representing the group, believes it’s essential to preserve as much of the waterfront as possible for local residents and the general public.

“There are more people on bike trails, more people in green spaces, and they’re using parks differently than ever before,” said Stoker in speaking of the city’s shortage of green space. “I hear the problem out there, but I don’t hear the rumblings of a solution.”

At the time of writing, 770 people have signed the group’s “Stepping Off The Sidewalk” petition to rezone and repurpose this waterfront land as parkland “for all Torontonians.”

“Imagine playing with your kids in a beautiful park setting by the lake. Walking hand in hand with your loved ones, or taking a solitary stroll, book in hand, and breathing in the lakeside air,” reads the Change.org petition to Toronto City Council.

Mirela Leopold-Muresan, who’s lived on Longboat Avenue for over 15 years, says she’s watched the vast majority of local green space be replaced with high-rise condominiums. Some of these buildings block the view from her balcony, which once featured Lake Ontario.

More is at stake than the view. Leopold-Muresan says the community residents, many of whom are seniors and families with young children, need parkland for their physical and mental health. “[Politicians] need to think of the quality of the air we breathe and the quality of our lives.”

Supporters of the petition also noted the general shortage of accessible green space available to Toronto residents and visitors. According to public health researcher Nadha Hassen, the accessibility of a park involves considering “how people can actually get into the space (whether by walking, cycling or other means of transport) and how they can move around it once they get there”

One petition signatory wrote: “It is essential that our unique waterfront remains accessible, free of charge, to every citizen of [the] GTA and remains developed only as a park/green space.”

“Too much of the lakeshore is inaccessible or entirely obscured by high-rises. Let this city and its residents and visitors breathe,” wrote another.

In an email to local politicians, Stoker pointed out that many in Crombie Town live less than five minutes from the lake, yet never seem to visit it. “Why not? Because there is nowhere to go.”

The group’s current goal is to reach 1000 signatures. The group hopes the petition will encourage local politicians to protect existing green spaces as well as creating more.

“We’re observing and we’re watching the changes,” said Stoker. “We’re just trying to guard and protect the elements of this environment that keep us well.”