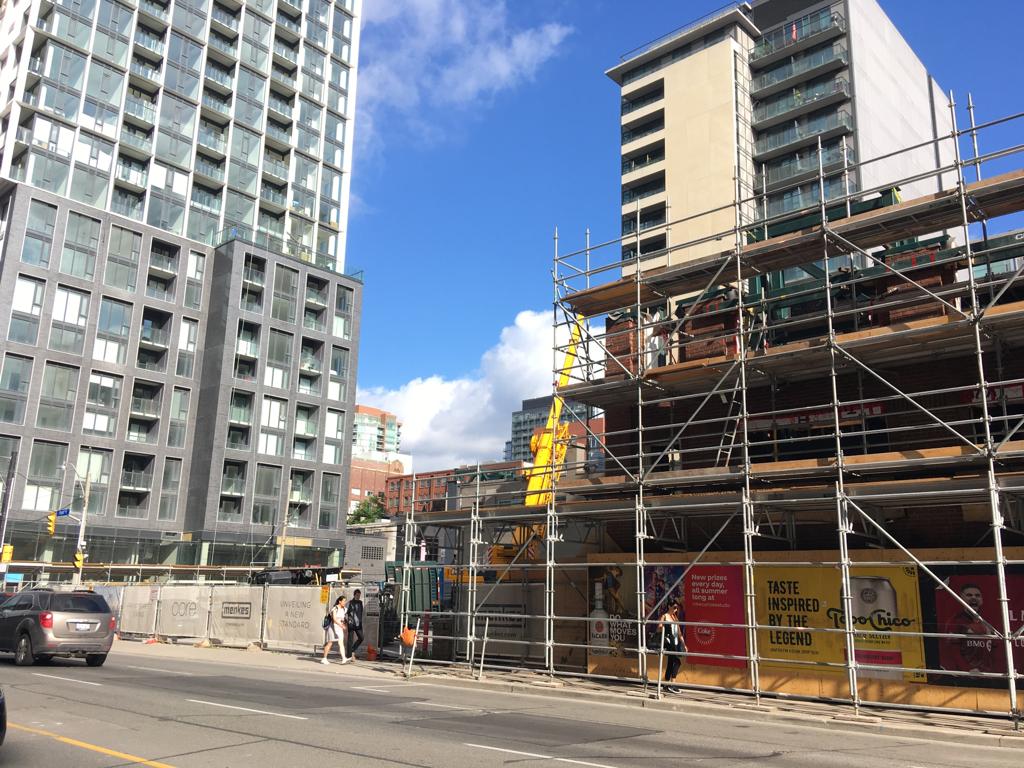 Toronto has two seasons, according to the joke: winter and construction. So, no surprise that it has been impossible this summer to travel in parts of the city without running into reflective cones, caution tapes or traffic channelizers.

The June edition of the bridge mentioned one downside to construction – increased noise pollution. Another major impact of construction on everyday life are accidents. Pedestrians, cyclists, and drivers risk injury if construction sites are defective or workers act negligently.

While passing construction near Front and Sherbourne Streets recently, I saw side wall cement being broken off so aggressively that debris and mud were flying through the top protective barriers onto people’s heads and faces. One woman had to stop to clean her eyes.

What are your rights if, as a passerby, you sustain serious injuries due to construction?

You might have a legal basis to seek compensation. Immediately after the accident, you should get medical attention if needed. It might also be wise to contact a personal injury lawyer.

A specialist will preserve your rights by documenting the incident and speaking on your behalf with the liable party’s insurance company. At most personal injury law firms, an initial consultation is free, and you should leave it with full evaluation of your claim.

In some cases, time to make a claim about an accident is brief. For instance, if the City of Toronto owns the construction site, you have only ten days to fi le a notice. Failure to do so could bar your case.

Pursuing your rights might get more complicated when other potentially liable parties are included, especially city contractors who are often independent companies with their own insurance adjusters.

Construction workers should also realize the scope of their legal rights if injured on the job. Last month, Toronto was astounded to see a worker dangling 30 storeys off the ground from a crane on the corner of Front and Simcoe Streets. Reportedly, the worker was not seriously injured, though the psychological effect of such an experience is highly significant.

Construction workers injured on the job should likewise get medical help if needed and document the incident. You have six months from the date of injury/diagnosis to report it to the Ontario Workplace Safety and Insurance Board, which is funded by employers. Prior to filing, speak with a workers’ compensation lawyer, who can guide you through the intricate WSIB system of obtaining proper medical treatment and benefits such as lost wages or monetary compensation for permanent disability.

Whoever you are – a passerby or a worker – protect your rights.

Natalia Bialkowska is a Canadian lawyer of Polish origin, educated in the United States. She is the founder of NB Law Firm, specializing in Canadian immigration and personal injury law. Contact: 416.550.4746 or natalia@nblawfirm