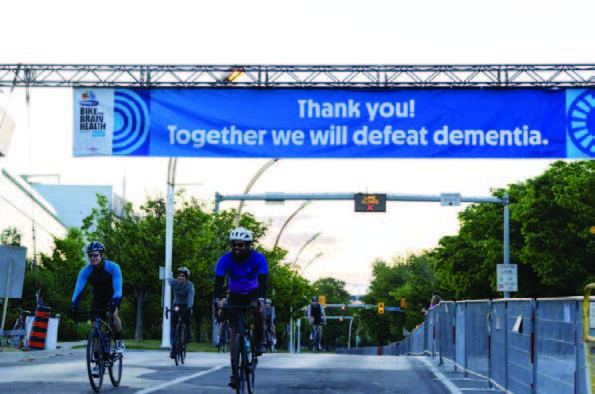 Commenting on preliminary transit plans in 2010, then Mayor Rob Ford stated “the war on the car is over.” Certainly, the ‘war on the car’ phrase has infamously been used in Toronto, reflecting the focus and prioritization of motor vehicles over other modes of transportation. So what happens when an obstacle such as ActiveTO pops up?

A City of Toronto staff report published in June challenged the benefits of ActiveTO, a program to promote active transportation. It cited vehicle travel time increases and “hundreds” of complaints, the loudest being from Blue Jays president Mark Shapiro. (The baseball stadium is close to GO’s bus and rail terminal, Via Rail’s Union Station, and TTC subway and bus lines.)

As the pandemic took hold in 2020, the City of Toronto responded to an urgent need for residents to have space to be active and outside. Following other major cities around the world, the ActiveTO program closed some roads during weekends and holidays to encourage thousands of people to walk, run or cycle.

Many readers would know residents in the Downtown East have an ActiveTO opportunity on Bayview Avenue. In May 2021, the city reported monthly counts between Front Street East and Rosedale Valley Road of up to 18,000 cyclists and 5,000 pedestrians when Bayview was fully closed to motorists.

Lakeshore East between Leslie Street and Woodbine Avenue saw up to 12,700 cyclists and up to 15,700 pedestrians. Lakeshore West, the most popular ActiveTO option with the most weekends open, saw a staggering 111,800 cyclists and up to 23,800 pedestrians in a month. According to the City of Toronto, the May 2021 ActiveTO program reported a higher number of pedestrians and cyclists taking advantage of the closures compared to the number of vehicles using the road when the closures are not in place.

A 2014 C.D. Howe Institute report pegged the cost of congestion in the Greater Toronto and Hamilton area at $7.5 billion to $11 billion per year in lost productivity. According to the city report, partial ActiveTO closures on Lakeshore West increased average travel times by 5.6 minutes and full closures cost 19.1 minutes.

Is ActiveTO’s popularity worth the vehicle congestion it causes? To pursue green sustainability targets, Toronto will have to start making bold decisions that make non-gas vehicle travel more attractive. Programs like ActiveTO supports residents choosing to walk, run or bike not just as a form of exercise but also, as a sustainable form of transportation to get around the city and leave their vehicles at home. In the Downtown East, residents can look forward to continued ActiveTO closures on Bayview Avenue between Front and Rosedale Valley. Residents with feedback can contact 311 and request that comments be directed to the City of Toronto Transportation Services.