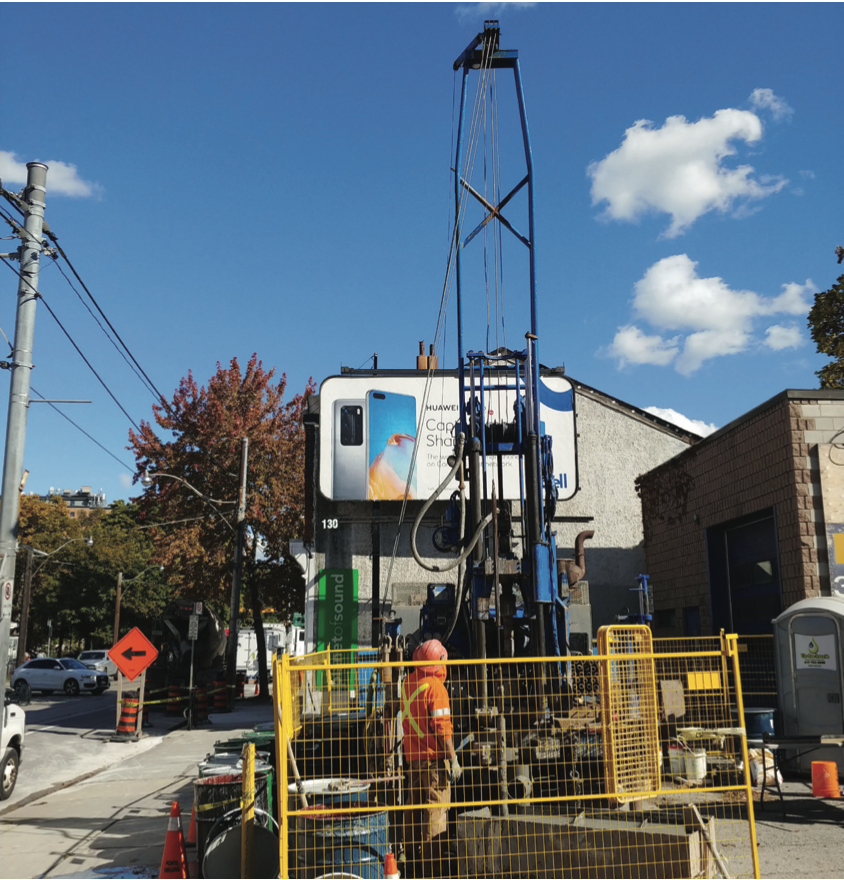 The provincial Metrolinx agency has started laying the groundwork to add two subway stations, in Moss Park and in Corktown, for the new rapid transit Ontario Line.

The proposed line would go east from Exhibition/Ontario Place mostly underground through downtown, with stops at Queen/Spadina, Osgoode (at University), Queen (at Yonge) and Moss Park. It would bend down into Corktown and the harbour near the Don River, then northeast to the Ontario Science Centre, first underground, then on an elevated track.

Between Spadina Avenue and Moss Park, the unused subway tunnel under Queen Street built in the 1950s will be used for the tracks, along with new stations.

The Moss Park station is to be under the southern edge of the park, with the proposed entrance at the northwest corner of Queen and Sherbourne. After construction, Metrolinx plans to restore the park area. East of Sherbourne, the line is to bend south, with the Corktown station planned at Berkeley and King streets.

The Queen Street stops will give commuters choices to avoid congestion on the 501 Queen streetcar.

On October 8, Metrolinx started drilling on Queen East between Sherbourne and Seaton streets, with a similar overnight project at Adelaide and Berkeley streets having started a few days before. The drilling’s purpose is to evaluate underground conditions to help determine the type of construction and will last up to four weeks.

Names of stations and locations are subject to change, Metrolinx program sponsor Malcolm McKay said at an October 18 Town Hall hosted by Spadina-Fort York MPP Chris Glover. One step to occur before building the line is an archaeological assessment to search for potential artifacts.

The Corktown site was the original location for Upper Canada’s first two parliament buildings, used from 1797 to 1813 and then from 1820 to 1824. The Home District Jail operated on the site from 1840 to 1864, and a Consumer’s Gas complex was built in 1887, a community fixture before it was demolished in the 1960s.

Long before Parliament was located there, the land of the entire Ontario Line was the territory of Indigenous nations including the Mississaugas of the Credit First Nation, Haudenousaunee, Wendat and Anishnabeg Nations. Metrolinx says it will consult with the city and other stakeholders to preserve any artifacts discovered and Indigenous communities to mitigate negative impacts on treaty rights.

With construction starting in 2023, the line won’t open until at least 2027. Metrolinx estimates ridership of almost 400,000 boardings daily on trains running up to every 90 seconds, which it predicts will alleviate congestion on the TTC.