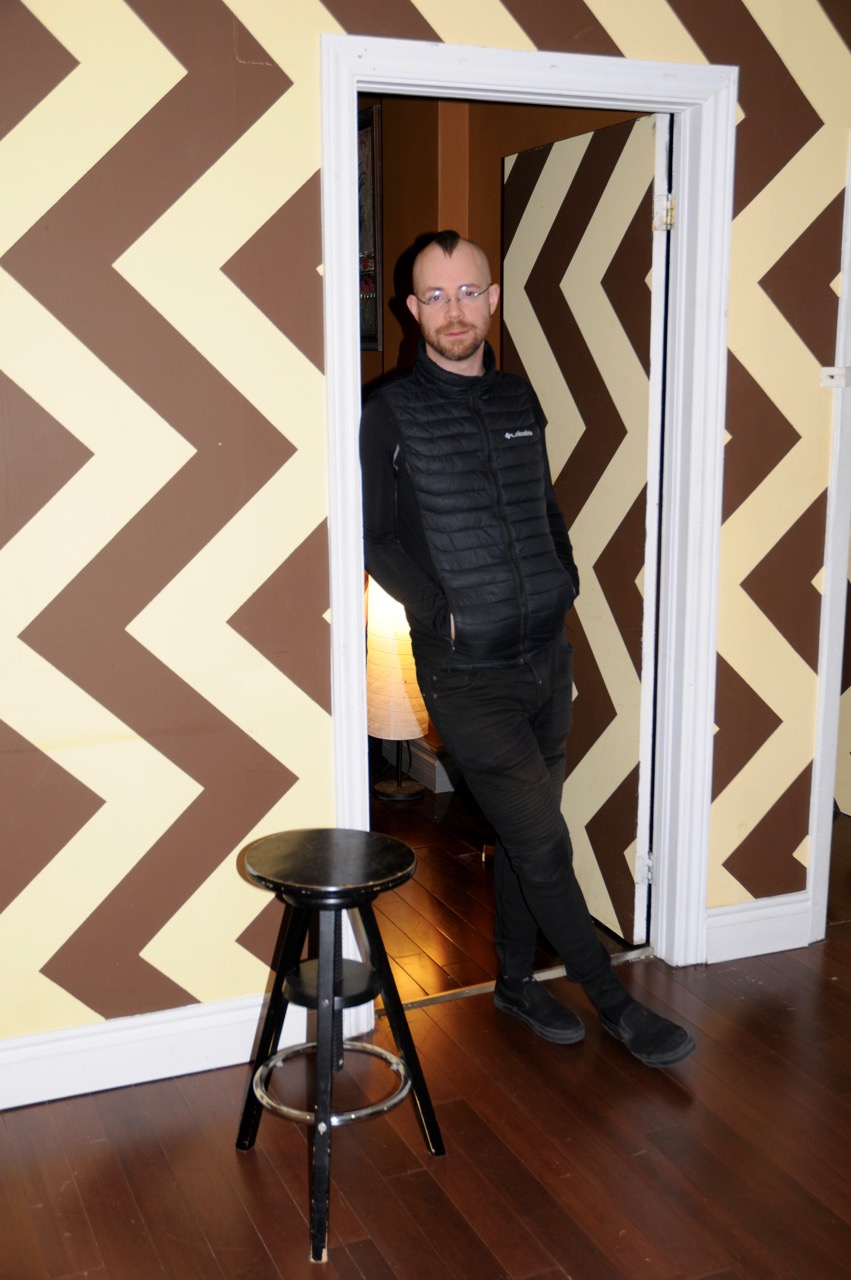 “Do you want to see Paul”? Was the greeting I received exiting the streetcar at the intersection of Queen Street East and Sherbourne Street; before knocking on what used to be a storefront door. It was an unexpected friendly welcome, warm and familiar; courtesy of one of the local corner handlers. It was received without pretense as an overwhelming surprise given the logistical stereotypes attached to neighborhood residents.

Having accepted an invitation to meet international/local filmmaker and artist Paul Steves in his very personal and eclectic art gallery, a converted former commercial space, was a pleasant eye opener all by itself. Artists are present in abundance in most parts of this vast city, yet their art is often treasured by few and recognized and appreciated by even scarcer numbers. Why is that? Isn’t the very process of transforming imaginative ideas into art something we’ve all done from childhood on? How does something so intrinsic and natural get buried in an increasingly streamlined linear work and play space? Perhaps now more than ever the presentation of inventive responses through art has greater significance to counter contemporary developments such as AI driven business and pleasure solutions to bring balance to a world that has increased in speed and intensity through computing machines?

Paul Steves is an originator of vision, gifted with courage and confidence when it comes to the pursuit of creating and experimenting in the visual art form. Like most teenagers he grew up reading and admiring graphic novels and comic books. Influenced early on by the styles and works of Dave McKean, Stevesembraced the fantastical and all the possibilities that accompanied it by designing and shaping his expressive derivative versions of his own. Thus he set out to pursue this passion with focus and dedication, uncommon to most maturing adolescents of his age. Fuelled and propelled by the drive to create led him into the world of film, of which his first publicly displayed project rendered his art class schoolmate audience speechless. This very impactful reaction gave substance to further dabble in experimentation and testing opportunities to capture freedom of artistic expression in film and other media.

This exact modus operandi still is the underlying force that keeps his mind and art creation process pivoted on endless explorations of ideas. After his month long film projects are completed, which earn his keep, Steves is continually and passionately involved in a series of three projects all running parallel of each other in a simultaneous time line. “The Portrait Series” The Portrait Series on film and his relaxation project of reconnecting with LEGO® STAR WARS®.  The latter is of immense detail and scale; to be exact more than 50,000 individual pieces are utilized in his tower construction. His love for the adventure to go beyond into the journey of the future is evident in every playfulness imagined. When asked if there was enough time in the day to do all this, a smile of disagreement met the interviewer. Steves further elaborated,“When the creative mind is exposed to diverse sources on an endless scale to a multitude of artistic outlets – Who is truly the author of their own creative ideas”?

Who or what influences artists to create may not be as important as the significance that an artist finds inspiration to express in a language of his or her own, devising a message to their audience that we have a need to connect that can only be perceived through human senses. Paul Steves certainly accepts this insurmountable task with vigor and enthusiasm and many in the world of art would certainly agree that his works reflect this very message for us to discover.