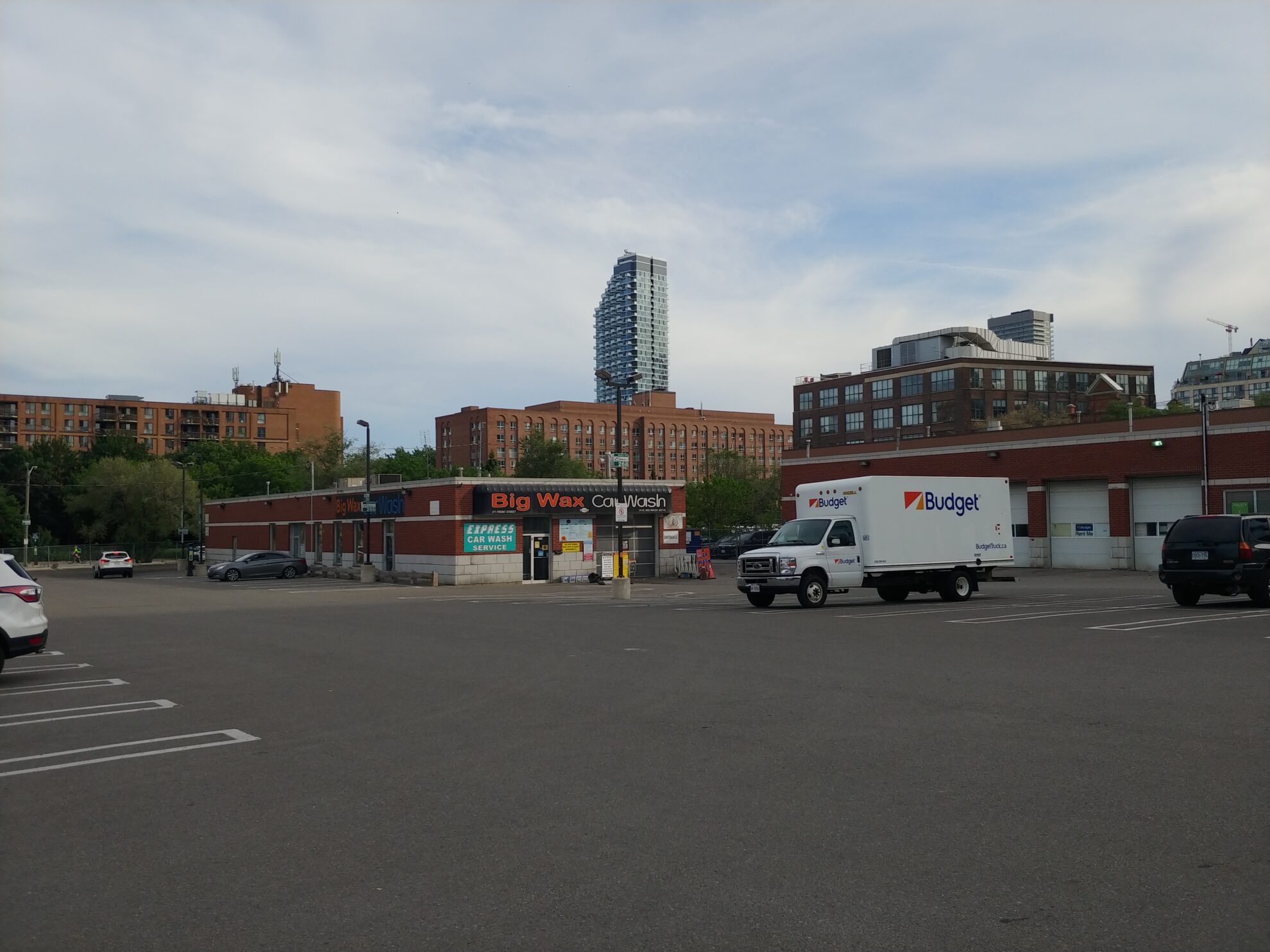 The provincial transit agency Metrolinx intends to begin excavation on First Parliament site to start construction of Ontario Line tunnels and the Corktown Station, according to a 255-page development draft report it published in May. And it’s holding fast on expropriating the land from the City of Toronto to enable condominium development.

Metrolinx’s Early Works Report acknowledges that the property is a known archaeological site requiring additional study ahead of any ground disturbance. Anticipated discoveries include artifacts from the Mississaugas of the Credit First Nation, on whose treaty territory the property sits, as well as remains of Upper Canada’s first and second parliament buildings and remnants of early Toronto industry.

Metrolinx is now accepting public feedback on the Early Works draft report until June 11, but intends to acquire the properties on the site by August 30. Additionally, the province has published plans to build five high-rise towers – four residential and one commercial – covering the First Parliament site and the Staples property where the Corktown station will be.

Downtown east residents are frustrated with the agency’s lack of transparency and the speed at which decisions are being made.

Diana Belshaw, vice-president of the Distillery District’s Gooderham and Worts Neighbourhood Association, wants to know how the community will function amidst the construction. “Every single piece of the Ontario Line seems to be trampling on this community,” she said. “We’re not seeing any thoughtfulness about this.”

Metrolinx also wants to use a site on Mill Street that the Toronto District School Board designated for an elementary school, which Belshaw says the neighbourhood desperately needs. “What I really want to ask Metrolinx,” says Belshaw, “is where’s the respect for the community?”

Fellow working group member John Wilson, co-chair of the West Don Lands Committee, a coalition of several neighbourhood groups, says there are too many unanswered questions.

His committee’s first goal, Wilson says, is to identify the layers of planning concerning the Corktown Station construction.

The city’s master plan, Metrolinx’s report and Infrastructure Ontario are all working behind the scene concerning the site, he says. “Our goal is to understand who does what, what is already decided and where we can influence the outcome.” He also asks how the community will function during construction.

Lester Brown, another working group member, has been on a Gooderham and Worts association committee dedicated to the First Parliament Site since 2003. “Metrolinx is not very forthcoming,” he says. Brown recalled that the agency told the Working Group it would present new information at the last meeting, but later said that information is still confidential.

With the August 30 acquisition deadline approaching, Brown can’t imagine when the Working Group will receive details of how the subway construction will proceed. “For something I’ve been working on for 20 years,” he says, “I just don’t believe they’re going to accommodate the community’s needs.”

At recent meetings, Brown says, Metrolinx has been told there’s a lot of anxiety about the deadline. “One of the fears that hangs over all of this is that they can drop an MZO at any time” – referring to a Minister’s Zoning Order under the Ontario Planning Act, which the Ford government has frequently used to fast track development by overriding municipal planning.

Metrolinx says it wants to promote transit-oriented communities, Brown says. “But I think it’s transit-oriented development. The province knows that development near a subway station is going to [generate] lots of money.” He speculates that the province will likely sell off the land rather than retaining partial ownership to manage community infrastructure.