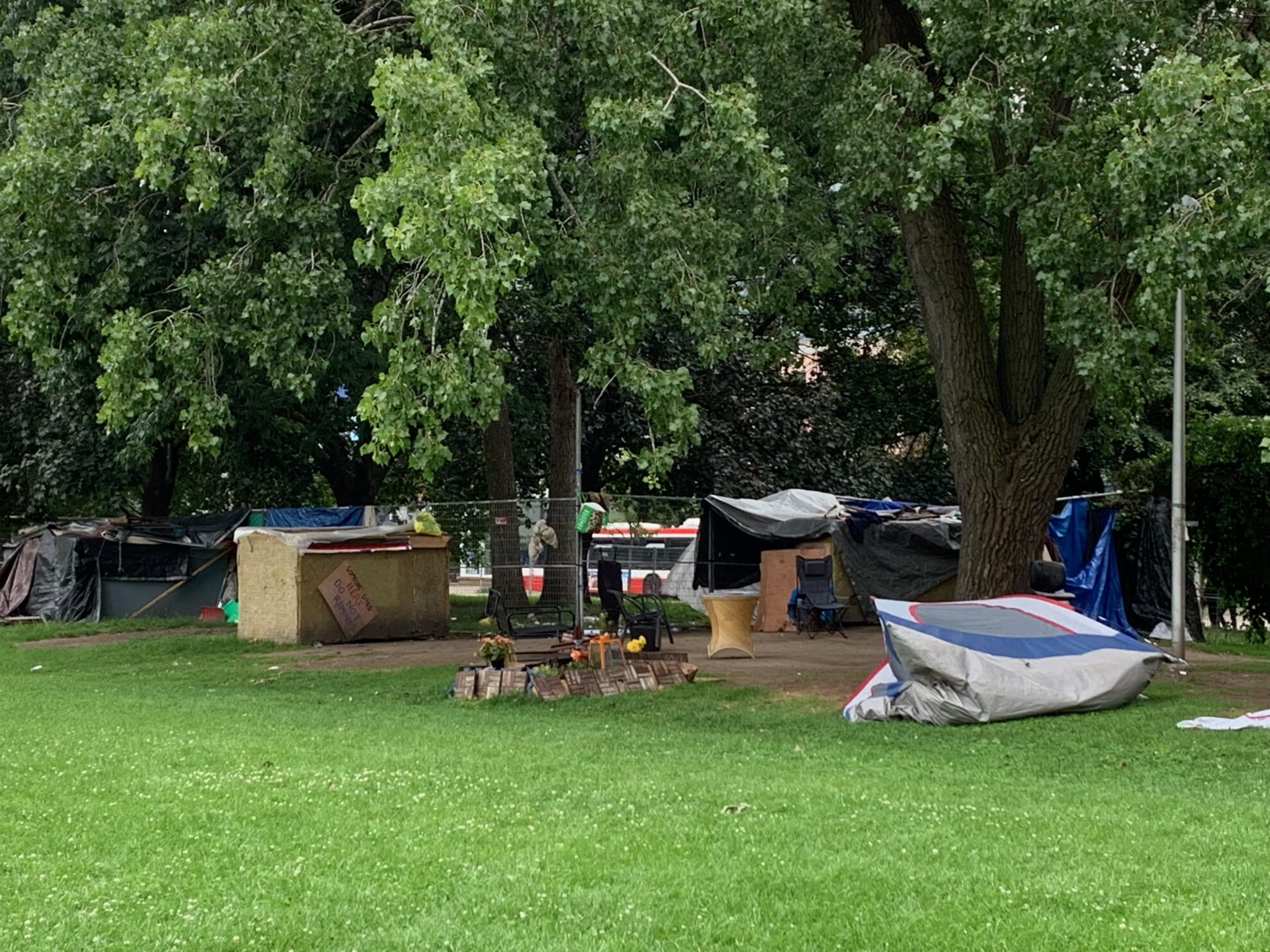 Several Toronto parks could soon see patrols of private security guards as part of the city’s efforts to prevent encampments from appearing.

At May’s City Council meeting, Parkdale Councillor Gord Perks introduced a motion to defer spending on security guards at six city parks until council had been briefed on “a variety of options” to help connect the homeless population with health supports and amenities. Councillors rejected the motion by 15 to 6 votes.

As Elspeth Chalmers reported in last month’s issue of the bridge, residents of Cabbagetown South have hired private security on weekends to report “suspicious activity” to the police.

In a statement to the press, city spokesperson Brad Ross said the new contracted security guards “will help ensure that city parks are safe and accessible to all residents of Toronto, including unfettered access to green space for safe outdoor recreation … Onsite contracted security will monitor high-priority parks 24 hours a day and advise the city immediately if any illegal tent or structure is erected in a park.”

The city asserts that security patrols are not only well within its “right”, but are part of its “Housing First approach to street and encampment outreach.” According to a statement to the bridge by Anthony Toderian, another city spokesperson, Housing First provides “case management supports to people living outdoors, constructively, and in a non-confrontational way.”

“Living in an encampment in a city park is unhealthy and illegal. As the owner of its parks, city has the right to refuse permission to install structures on its land,” the statement said.

Thus far, security guards are projected not to be involved in enforcement.

The cost for this program will not be known until proposals are received from potential contractors by May 30, says the city, which issued a request for proposals (RFP) before the City Council meeting in June, according to meeting notes. Once a company is contracted, it is unclear when these patrols would begin.

Last summer the city hired private security to assist its violent clearings of tent encampments that many citizens and activists said was only a Band-Aid solution to the problem of houselessness in Toronto. The evictions and restoration at Trinity Bellwoods, Alexandra Park and Lamport Stadium cost nearly $2 million, according to a news release.