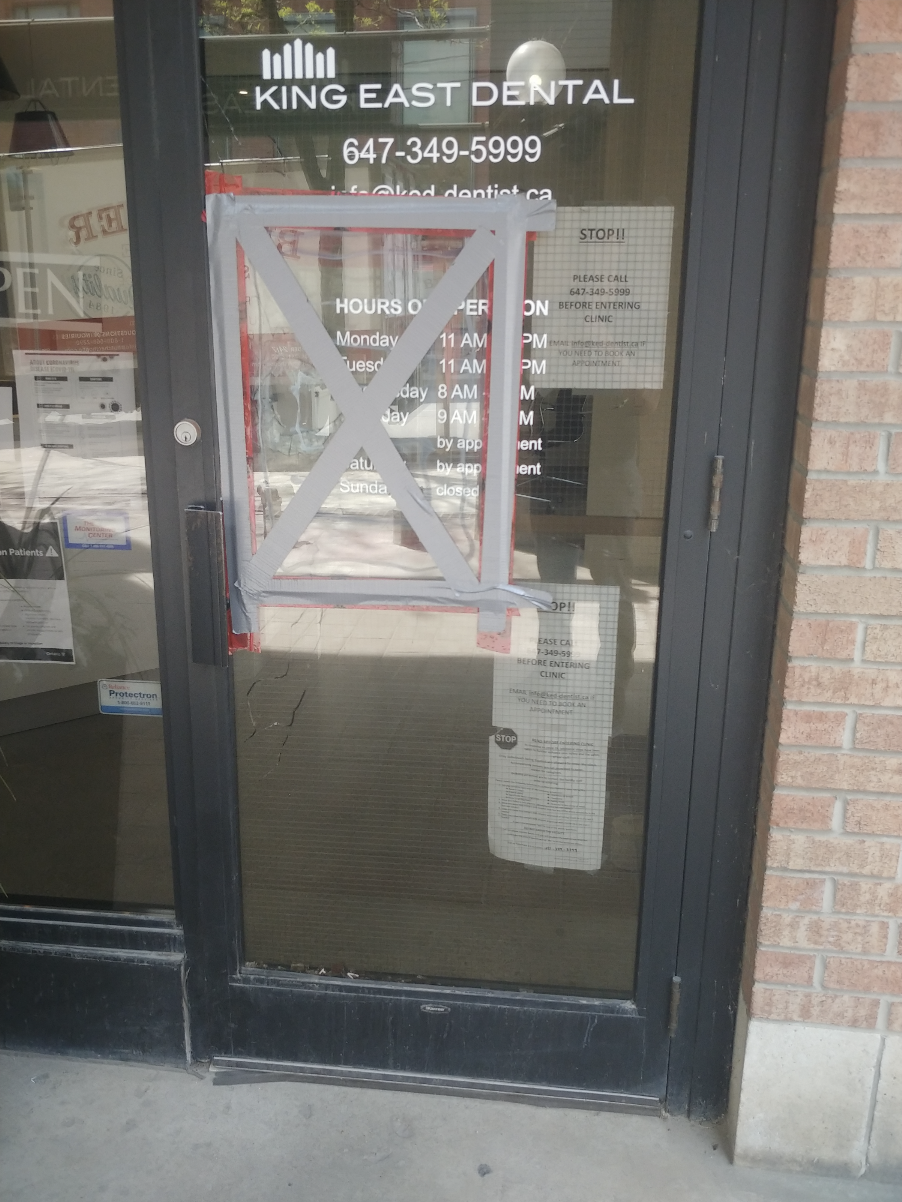 Business owners around the Moss Park neighbourhood say they’ve had front windows smashed and money stolen in a string of commercial break & enters (CBEs) during May.

In the first six months of this year, 26 CBEs have been reported in the Moss Park district, 15 in May alone, according to the Toronto Police Service Safety Data Portal. While CBEs have decreased compared with the same time last year (33 in 2020), the recent spate of attacks on small businesses have owners reeling.

“They just threw the hammer and the till down outside after taking $50 out of it, and ran off,” said Adam Yudman, co-owner of Knick Knack Paddywhack’s pet and grooming services, whose window was smashed before the store was broken into in early May. “It  was a really quick smash-and-grab.”

Dudman and Kiernan Craig Burger opened the Corktown store last August, defying the frustrations faced by small business owners at the hands of the pandemic.

Although repairing the window could cost up to $500, the owners are focused on a bigger picture.

“It’s an unfortunate kind of irritant to us to have to go through this, but it speaks more to some of the issues that are happening in the city,” Yudman said.

Police were unable to identify the suspect through the footage.

On the other hand, the security cameras that lined the outside of 1922 Cannabis, an independently owned recreational cannabis business, held information that police used to catch a different suspect.

“Having a security system, as well as having security at the store for 50 hours a week, was for the community,” said co-owner Mike Dunn, whose store window was smashed on May 27. “If anything ever happened, we have the ability and the means through the footage to be able to [identify the suspect].”

A pinhole camera Dunn had embedded in the doorframe captured a clear view of the perpetrator’s face. Overhead footage from a hidden camera showed the suspect repeatedly smashing the window with a brick before entering the store and remaining inside for 25 minutes before being caught by police a short distance away.

The suspect didn’t grab anything before leaving, but Dunn believes there’s more to these break-ins than stealing. “To me, it’s a systemic issue. We were able to get our man and hopefully the community and all the local businesses are a little safer for the short term because of it, but it’s a difficult time for everyone,” says Dunn.

The suspect caught outside 1922 was linked to several break & enters, according to a Toronto Police news release.

Between May 19 and 27, Mathieu Blaquiere allegedly broke into nine commercial establishments downtown, near Church and Wellesley Streets, and Queen East and Sherbourne Street. On May 27, Blaquiere was arrested and charged with nine counts of break and enter to commit an indictable offence, failure to comply with a probation order and failure to comply with a release order. He appeared in court on May 28.

The police statement thanked the public “for assisting police in locating the man, which resulted in [an] arrest, and helping to prevent further potential break and enters within the downtown core.”