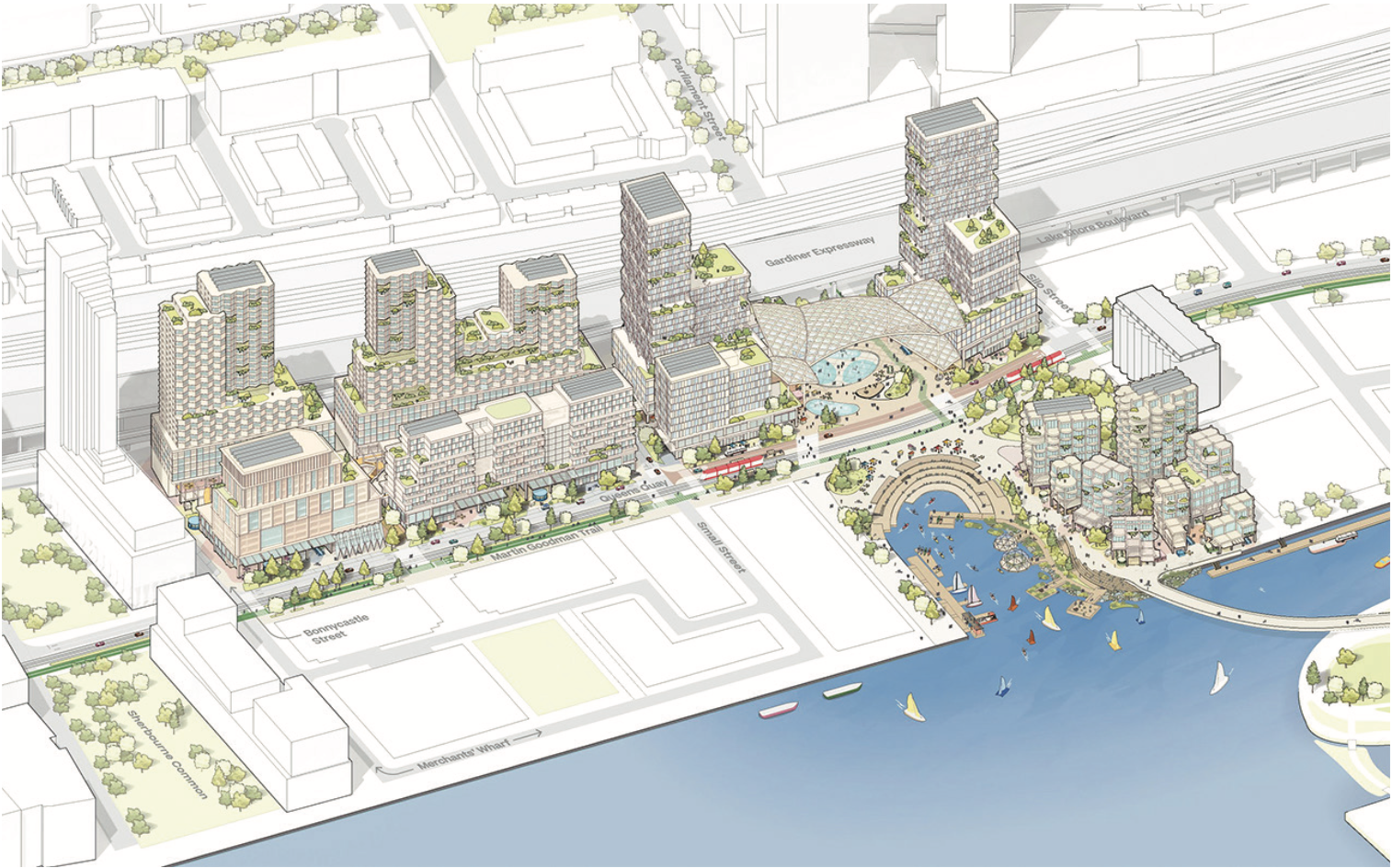 After two-and-a-half years of lobbying and politicking, in May this year Sidewalk Labs abandoned its project to take over a chunk of Toronto’s waterfront.

New York-based Sidewalk Labs is a subsidiary of Alphabet Inc., the parent company of Google. In 2017, Waterfront Toronto announced that it had chosen Sidewalk after issuing a request for proposals (RFP) for an innovation and investment partner to develop Quayside, 12 acres of waterfront land at the foot of Parliament Street.

This was surprising. For all other waterfront developments since its creation in 2001, Waterfront Toronto has not issued RFPs without many months of input from community members. Before Quayside, bidders have been told what Torontonians wanted on our waterfront; in this case it seemed that a huge multinational corporation was being allowed to do what it wanted with our public land.

My worries increased when I read Sidewalk’s response to the RFP and then received an invitation to be on one of several advisory committees to the project. Both documents made it clear that Sidewalk Labs aimed to take control of planning public land as well as public services like utilities and health care. I asked for a guarantee that no privatization was involved, but never received an answer.

Over the next two years many more questions were asked and not answered, even though Sidewalk issued a 1,400-page master plan whose result – and intention, some suspected – was to confuse and bewilder. Organizations from the Canadian Council for Civil Liberties to the Good Jobs For All alliance expressed concerns and opposition. Strong voices from the tech community raised well-informed concerns about data use and misuse, and the consequences for democracy in handing over so much, both real estate and data, to a body mandated to serve Alphabet Inc rather than the citizens of Toronto. I worked with a group called BlockSidewalk; its website (www.blocksidewalk.ca) has an archive of articles covering the whole range of questions and opposition.

For more than two years Sidewalk Labs held a series of what it called consultations, though some who attended said they heard no response to issues raised there. Experts summoned by Waterfront Toronto to be the Digital Services Advisory Panel also commented that their concerns were not reflected in Sidewalk’s responses – and that anyway, many of the “innovations” proposed are common procedure and few are new.

Perhaps Sidewalk Labs’ biggest challenge to public acceptance was its ambition to take over a huge slice of the port lands as well as Quayside’s 12 acres. Waterfront Toronto, in partnership with an informed community, had already embarked on its breathtaking project of creating a new river mouth for the Don River, and new park space, wildlife habitat and flood protection as well as developable land.

This was the ultimate example of Sidewalk’s assumption that we were here to be walked all over. The Silicon Valley hi-tech industry had already fallen from grace, due in part to the Cambridge Analytica scandal and much questioning of Facebook’s operations, when Waterfront Toronto itself held some public meetings. Many who hadn’t rushed to judgement when Sidewalk Labs first came into town had decided that we could best develop our own land without Alphabet/Google/Sidewalk’s intervention.

In October 2019, Sidewalk and Waterfront Toronto agreed to scale down the original master plan. Backroom discussions and public objections continued until May 7 this year, when Sidewalk said it was giving up because of uncertainty arising from the Covid-19 epidemic. Was this a way of not admitting that it refused to meet the conditions that the citizens of Toronto wanted?

What’s next for Quayside? Waterfront Toronto has said another RFP will not be issued without consultation. Will bidders be asked to take up where Sidewalk Labs left off, or start from scratch?

At the few public meetings Waterfront Toronto held, people clamoured for the highest achievable standards of environmental sustainability and as much affordable housing as there is room for. Let’s hope Waterfront Toronto and the government people who call the shots heard this message. When the time comes, please speak up.