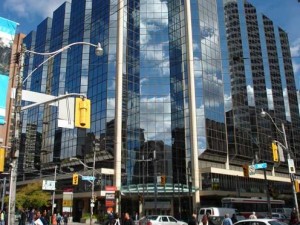 The Ford government is well on its way to amalgamating five provincial tribunals into a new Ontario Land Tribunal (OLT). The Ontario Land Tribunal Act, tabled in Bill 245, will merge the Board of Negotiation, the Conservation Review Board, the Mining and Lands Tribunal, the Environmental Review Tribunal and the Local Planning Appeal Tribunal.

Asked if amendments to tribunals are common, Nadarajah said provinces do make adjustments to the decades-old bodies, but an overhaul like the one proposed is “rare.”

Since the Ford government was elected in 2018, the judicial administrative system has seen marked changes.

Starting last February, the Local Planning Appeal Tribunal (LPAT), formerly known as the Ontario Municipal Board (OMB), no longer accepts oral submissions from persons with mere participant status. Only written statements can be received as evidence for adjudicators to review.

More than half of LPAT’s 31 adjudicators were appointed since the Conservatives won the 2018 provincial election, a shift Tribunal Watch Ontario claims removed some of the most experienced adjudicators. A similar loss of expertise seems likely if the five tribunals are amalgamated.

A 2011 paper by Michael Gottheil and Doug Ewart on “the potential of Ontario’s clustering model to advance administrative justice” said many of the specialized tribunals were created to focus subject matter expertise.

The report argued that a judicial administrative system with a broad range of knowledge, experience and perspectives instills public confidence, while facilitating improvements in serving the public.

CELA’s analysis of Bill 245 concludes that combining different tribunals into one, “transforming specialists into generalists,” damages the credibility of the tribunal’s decisions and may impede access to justice.

Bill 245 may also reduce participation rights. Extending the rules that govern LPAT to the amalgamated tribunal will similarly rule out oral submissions from ‘participants,” said Nadarajah.

“If you’re a party, you have full rights to make all submissions and cross-examine. Participant status is more limited.”

Ruling out oral submissions “restricts quite significantly public participation before each tribunal. You don’t get the full nuance about a case if [interventions are] reduced to in writing.”

“From the community’s perspective there is really no insurance that those submissions are going to be read,” she added. “And if a tribunal member [wants] to ask questions, there isn’t opportunity to do that.”

At the time of publishing, Bill 245 was at the third (final) reading stage, likely to be passed without assuaging the fears of CELA and Tribunal Watch Ontario.

Many communities across Ontario, particularly in Toronto, have already come under the government’s narrow interpretation of planning laws, which now permit more lenient use of Minister’s Zoning Orders (MZOs). Overhauling the administrative justice system even more may further constrain public stakeholders’ relationships with the province.

“It’s part of that overall trend of simply ignoring the current planning rules,” Nadarajah said, “and effectively shutting out any opportunity for citizens to participate and engage in Ontario’s land use planning.”