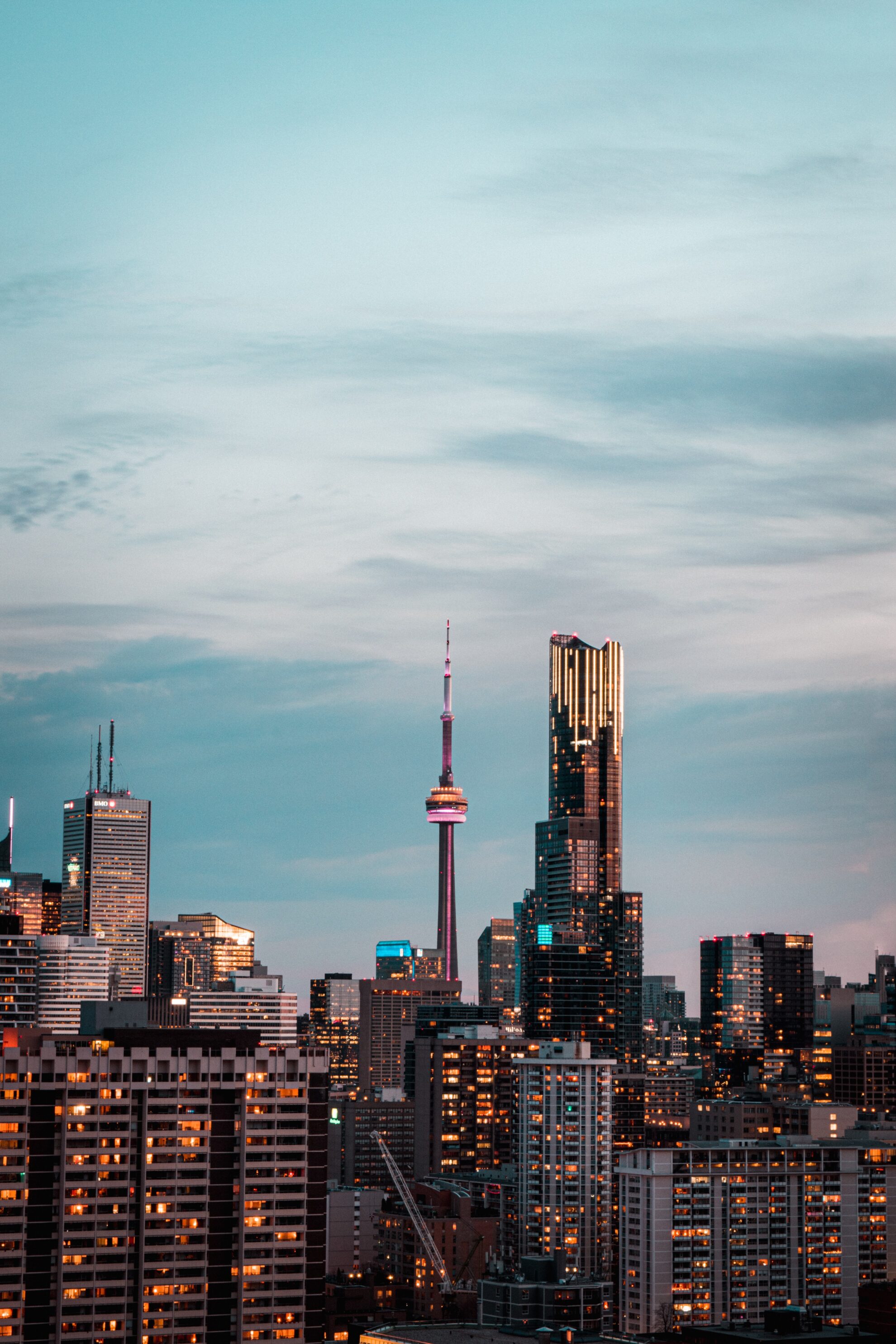 I live in Crazy Town. In Crazy Town, everybody shuffles along the sidewalks, shoulder to shoulder, with no room to breathe. All the intersections are blocked. Speeding cars breeze through red lights, then screech to a halt and honk.

On one street in Crazy Town, a group of residents are staring into oncoming traffic. What are they doing?

Our mayor is a nice enough man, but he’s nowhere to be seen. It’s no wonder – everyone is so upset, and nothing seems to work very well. Except the cranes, which clank away day and night, building condos most of us can’t afford.

Homelessness is at a record high in Crazy Town. The housing market is out of reach for many. An article in the July 2022 edition of the bridge by David Walsh & Mary Jo Leddy (“The Great Toronto Giveaway”) noted that many recent developments have been approved with no affordable units. And some of them have up to 10 times the prescribed zoning footprint.

Under our mayor, good ideas die a slow and painful death. RailDeck Park took an age to expire. The proposed elevated park just west of Union Station was inspirational, but it was also prohibitively expensive.

And yet, it was no less affordable than the Gardiner Expressway re-vamp, and it would have served a lot more people.

Our mayor, John Tory, came to power with the promise of more transit and safer streets. During his first few weeks in office, he put traffic cops on major intersections. But in just one day in August this year three pedestrians were injured in less than three hours. Twenty-five pedestrians were killed on our streets last year.

Where are the traffic cops, you may ask? Well, they’re over at High Park ticketing cyclists.

Asked about the need for cops at the park, Tory said they were “putting safety first.” But the only reported traffic injury in the park this year was caused by a police car hitting a cyclist.

I was walking along the Esplanade in Crazy Town last Friday when I encountered a group of residents blocking the road. They said they were trying to ‘enforce the rules.’ This stretch of road, from Princess Street to Lower Sherbourne Street, is blocked off to cars, yet they won’t stop. Why would they? In Crazy Town there are no road cameras, no cops and no consequences.

As with all things in Crazy Town the failure comes from within. The road traffic engineers thought a splash of red paint would stop motorists from taking a 50-yard shortcut the wrong way. But it hasn’t.

When my wife ventured into the intersection, she was greeted by two cars squeezed into one lane. She called 311 and was told it could take up to nine months to fix the problem.

Who is steering the Crazy Town ship? I emailed John Tory with several noise complaints during 60 days of overnight construction along the Gardiner back in 2019. I received a pro-forma response and no respite.

Our mayor’s SmartTrack plan never quite materialized. His back-of-a-napkin blueprint to add 14 stations in seven years along the GO tracks was never really viable. It’s been swallowed up by the Ontario Line and Metrolinx’s GO Expansion program.

John Tory’s greatest appeal when he came to power was that he wasn’t Rob Ford. But Rob’s brother Doug is at the helm of the province now, and he wants to rule the town by proxy with his ‘strong mayor’ system. But we don’t have a strong mayor – we have a weak one.

And so it goes. Welcome to Crazy Town.