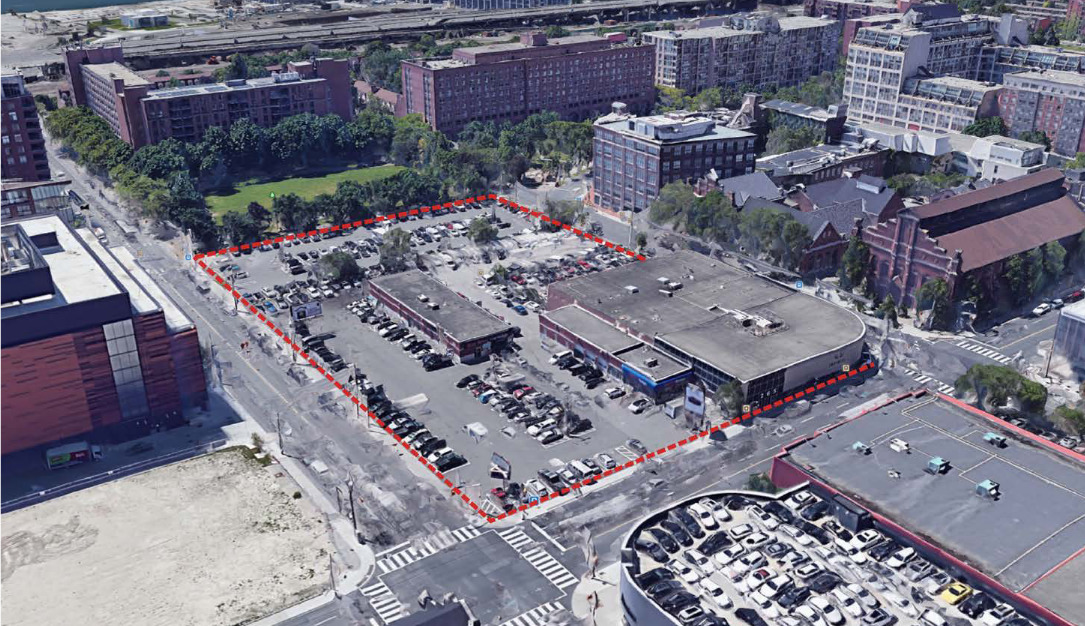 Deep in the details of the province’s plan for two new transit communities east of Yonge Street was a proposal to build five new highrise towers, three of them on the First Parliament site at Front and Parliament Streets.

The Ontario government has published initial plans to build two transit-oriented communities along the new Ontario Line, one near the planned East Harbour Transit Hub and the other by Corktown station.

Also in the plans are four residential and one commercial highrise towers on the Corktown subway site and the First Parliament site bounded by Front, Parliament and Berkeley Streets and Parliament Square Park, a wrinkle that municipal officials were not expecting.

The proposed Corktown station is on privately owned land of the Staples/Porsche dealership site. The two other highrises would be built on that parcel.

Most of the First Parliament site is owned by the City of Toronto. In January the provincial agency Metrolinx sent a notice of intention to expropriate the Budget Car rental property at 271 Front Street East and the parking lot at 25 Berkeley Street from the city.

Metrolinx’s deadline to acquire the properties is August 1 this year. The properties are needed for construction of the Ontario Line tunnels and the Corktown subway station, according to the provincial Ministry of Transportation.

Metrolinx plans to hold onto the site for transit facilities but is “open to strategic partnerships while ensuring that service, infrastructure and safety are paramount,” the ministry said in an emailed statement.

The land was the site of Canada’s first and second parliament buildings (1797–1824), as well as a rich Indigenous history before Europeans arrived.

“It’s a nationally important historic site that watched the evolution of a modern Toronto from its early days as an industrial town,” City Councillor Kristyn Wong-Tam (Ward 13 Toronto Centre) said in a statement to the bridge.

“The lands and what they represent deserve much more respect than the condos that the province is proposing.”

She also said the province needs to engage in meaningful conversations with local residents and respect the work that community residents have put into the city’s First Parliament Master Plan since 2013.

According to the Toronto Star, the application the province submitted to the city provides for three 46-storey and one 25-storey residential towers and one 24-storey office building. Just under 1,600 new units would be built, with about five to 10 percent reserved for affordable housing.

Wong-Tam says at least 30 percent of the available space should be designated for affordable housing.

Metrolinx’s proposed Corktown Station on the Ontario Line would include a library and connections to TTC bus and streetcar services. Across the Don River, the 38-acre East Harbour location would be transformed into a transit-orientated community with a major employment centre that the province says could add 50,000 jobs to the area.

The city is reviewing the provincial plan while the provincial government says it will consult local stakeholders, including Indigenous and neighbourhood groups this summer and fall.