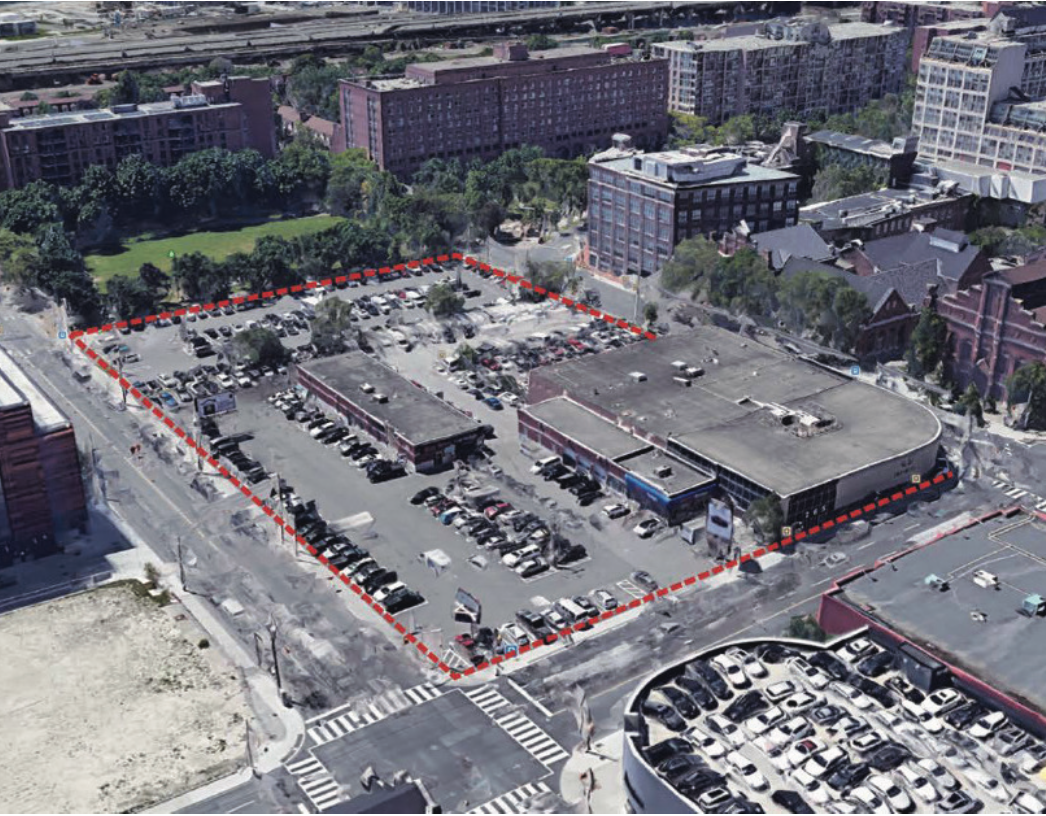 The Ford government has moved to seize the site of Ontario’s first parliament building to build a proposed subway station.

According to the Toronto Star’s Ben Spurr, lawyers representing the Metrolinx transit agency informed the City of Toronto that the provincial government plans to expropriate two city-owned properties on Front and Berkeley Streets that are on the First Parliament site. Metrolinx says the buildings are needed to construct the Corktown station of the province’s Ontario Line.

A public meeting on the First Parliament Master Plan scheduled for January 21 was postponed while city representatives learn more about the expropriation.

“I am deeply concerned by the lack of collaboration by the province, and the potential risk to this important historical site and city-building project” said Councillor Joe Cressy (Spadina-Fort York) in a press release on his website.

About a kilometer away at the same time, the Ontario government started demolishing the century-old Dominion Wheel and Foundries Company building on Eastern Avenue. However, demolition was stopped on January 29 due to an injunction filed by the St. Lawrence Nighbourhood Association.

“I firmly believe it is important to expedite transit expansion, but am concerned that if these lands are entirely eliminated from the First Parliament Master Plan, it may prevent us from achieving the other important city building aspirations for this site” Councillor Kristyn Wong-Tam (Toronto Centre) in a press release on her website.

“While transit expansion is critical, it should not come at the expense of destroying the cultural heritage of the City of Toronto,” the statement later reads. “Residents and community leaders have been engaged in the assembly of land and the design of the First Parliament Master Plan for years. In order to build complete communities, it is essential to work with impacted stakeholders, business owners, and residents as it makes for a stronger neighbourhood master plan.”

The southwest corner of Front and Parliament streets was the location of the first Parliament Buildings of Upper Canada, after thousands of years of use by Indigenous communities. American forces destroyed the building in the War of 1812, but it was rebuilt. After Parliament moved west, the site housed a district jail and a gas plant owned by Consumers’ Gas Company.

Before the Ontario Line is built, Metrolinx has promised to perform an archeological survey to discover if remnants of the buildings are still in the ground and the surrounding areas.

“Successful city building requires collaboration between government partners, working together on shared objectives,” said Cressy. “I will continue to work with Councillor Wong-Tam, stakeholders, and the public to secure the goals that our community and leaders like former deputy mayor [Pam] McConnell have envisioned for this important site.”