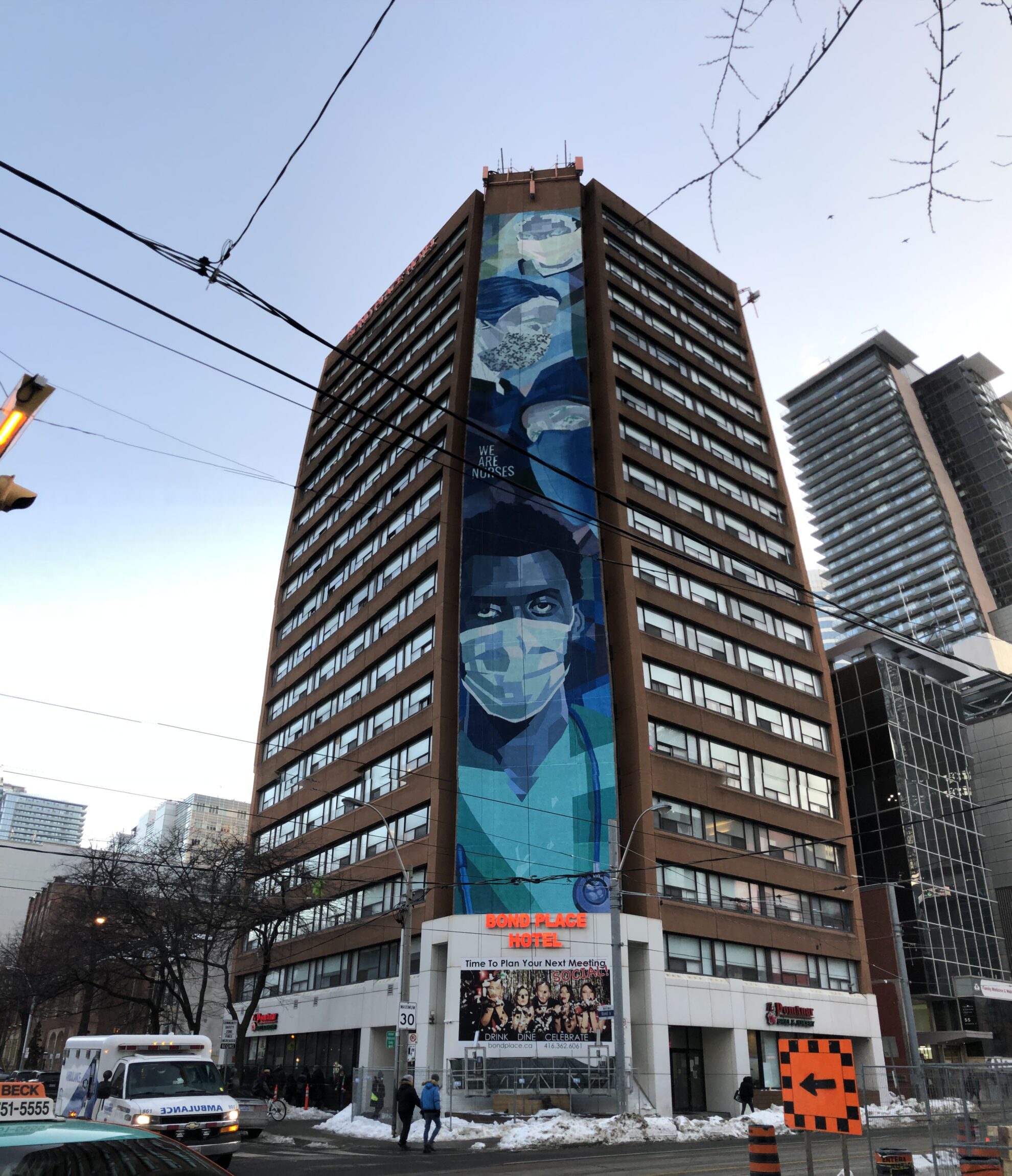 Drug trafficking, needles on the ground and property damage are all experienced on Bond Street, creating concerns for safety around St. Michael’s Choir School just north of the Catholic cathedral.

Some local businesses and parents of students at the school say these problems arose when the city leased the Bond Place Hotel at 65 Dundas Street East to serve as a physical distancing shelter and supervised drug consumption site in 2020.

The city has now selected the hotel as a potential location for permanent supportive housing, not a shelter, Councillor Krystin Wong-Tam says. “While I oppose including the Bond Hotel, we support the Rapid Housing initiative in general.”

According to Wong-Tam, the city has proposed a thousand units of affordable housing but is unsure how many of these units will be approved and funded by the federal government. The city expects to know early this month, as the federal government recently announced that it has a full list of sites.

Jennifer Franssen, a parent and a member of the Choir School Safety Group, says she has witnessed students and staff harassed by occupants of the Bond shelter. She opposes the shelter becoming permanent because of the risk to children.

The Choir School Safety Group has tracked violent incidents and crime in the area since the shelter opened and raises them at Community Liaison Committee meetings with Dixon Hall, the shelter’s operator. In December 2021, Toronto police reported multiple robberies, shootings, and damaged property at Bond and Dundas Streets.

According to Consumption and Treatment guidelines by the Ministry of Health and Long-Term Care, community engagement and feedback are supposed to be considered regarding the close proximity to licensed child centres, parks and schools.

Dixon Hall has four security staff inside and two outside the shelter patrolling the perimeter. Two community safety teams patrol “hotspots” in the area from Bay to Church Streets and from Queen to Gerrard Streets.

In the month of October, Dixon Hall reported having picked up more than a thousand needles. School custodians and Downtown Yonge BIA also pick up needles from school and community grounds.

Franssen has seen the safety team turn away from dangerous situations near the school involving people struggling with addiction. “The people in the yellow vests are well-meaning but they’re just as scared as anyone else,” she said.

Haydar Shouly, senior manager of Dixon Hall’s Shelters and Shelter Programs, says he is confident his safety teams are effective, and “are doing the best they can.”

Brenda MacDougall, a member of the Downtown Concerned Citizens Organization, emphasizes that no one opposes aid and housing support for homeless people. But residents with major addictions pose an “overwhelming problem” for others, she says. “Where there are drugs, there comes crime.”

According to the city, 46 per cent of the city’s opioid toxicity deaths or suspected related deaths from 2018 to 2021 occurred in shelters.

Joan Hunter, who owns the Jazz Bistro at 251 Victoria Street, says the increase since 2020 of drug trafficking and overdoses in her back-parking lot has caused “tremendous problems.”

Hunter and her staff often find drugs hidden in drains or loose bricks from the wall in the parking lot. There was an instance where someone died from an overdose on the steps of her three-thousand-dollar steel door, installed to prevent people from breaking into the building at the back.

Shouly said that whenever local businesses or the school notify Dixon Hall of an incident, they respond right away.

During the summertime CafeTO program, Jazz Bistro customers on the patio complained about being harassed by individuals believed to come from the Bond Place.

“Our future is tenuous,” said Hunter. She says some local businesses have decided to close because they cannot cope with “dangerous” areas, and more may go if Bond Place Hotel becomes housing for the homeless.

But if it becomes permanent supportive housing, Wong-Tam says, there will be more opportunities for community consultation and feedback.