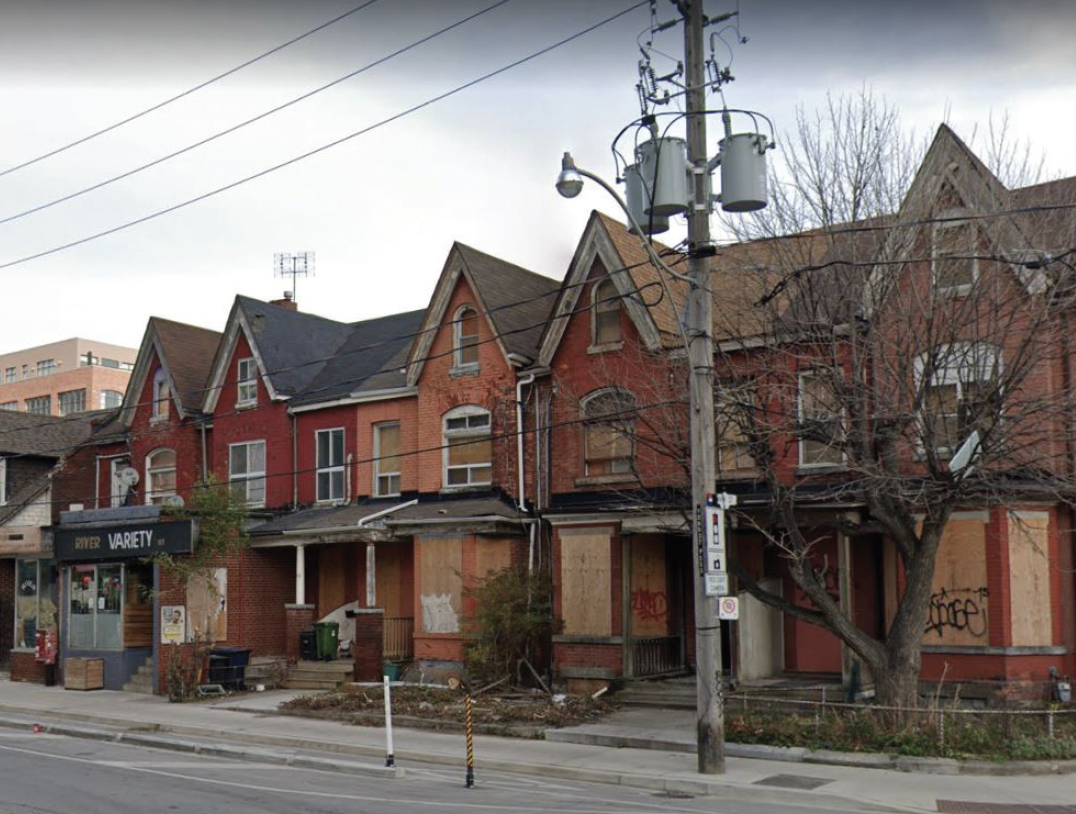 Several blocks on the east side of River Street have been slated for demolition without the developers having done a Heritage Impact Assessment (HIA), a study used to evaluate the impact of a proposed development or site alteration on a cultural heritage resource(s). Included in this area is 111–125 River Street, where Lifetime Developments wants to build a 34-storey condominium.

“These are some of the last remaining 19th-century and early 20th-century houses” in the Regent Park area, said Adam Wynne, a local preservation advocate. He said several of the surviving buildings may warrant heritage status.

In a 55-page letter to Toronto and East York Community Council on May 17, Wynne advocated requiring an HIA for the site before a demolition permit is issued.

“It is alarming, concerning, and disheartening that entire blocks of historic properties in an area with significant history can be proposed for demolition without any form of heritage- related studies being undertaken by the applicant, and/ or steps taken by the City of Toronto to ensure this remaining early built history of the area is not lost.”

The houses at 111–119 River Street, built around 1906, are a late adaptation of the Bay and Gable style of architecture and have retained much of their original design. 121–125 River Street buildings, constructed around 1926–1929, are in the Arts and Crafts style.

111 River Street is especially significant as it contains an old hand-painted advertising or ‘ghost sign,’ for the former Reinhardt-Salvador Brewery (also known as the East End Brewery). Local historian Jeremy Hopkin said the sign was likely for the brewery office. Restoring it would add significant historical interest to the area, says Wynne.

During a Toronto and East York Community Council meeting on May 19, Ward 13 Councilor Kristyn Wong-Tam asked if Heritage Planning staff had flagged the properties in 2015, when the area was being assessed for the Queen-River Secondary Plan. “I’m worried that we’re letting something out the door if we did miss something over the years,” she said.

The city’s senior manager of Heritage Preservation Services, Mary MacDonald, said the area was not identified in the application or pre-application period as having heritage potential. (A HIA study is only required for some application types if the property is listed on the City of Toronto’s Inventory of Heritage Properties, which the River Street properties are not.)

“I can’t comment on whether or not there is any merit to the buildings because we haven’t studied them. But they certainly are very similar to other buildings that we’ve taken an interest in,” said MacDonald.

Wong-Tam later said she will prepare a motion with staff to have the deputation and communications reviewed. When information of this kind is brought to council, it “requires a sober review,” she added. Council “need[s] to ensure that due diligence is followed.”

This would not be the first time that a condo has replaced a historic building in the Queen-River area without an HIA. Within the last two years, the 19th-century Soap and Oil Works buildings at 5 Defries Street were demolished without a heritage staff assessment. A 36-storey condo is being built on the site.

7 Labatt Avenue, 77 and 83–97 River Streets are all scheduled for demolition. According to Wynne, these sites also lack a HIA.

“Few remnants of the area’s 19th- and early 20th-century built environment [will soon be] left,” said Wynne. “Just because something is old doesn’t mean it needs to be saved, but it should at least be studied before that decision is made.”

In consultation with Heritage Planning, Toronto’s chief planner and the executive director of City Planning are to report on staff recommendations regarding the site to City Council at its June 8 and 9 meeting.