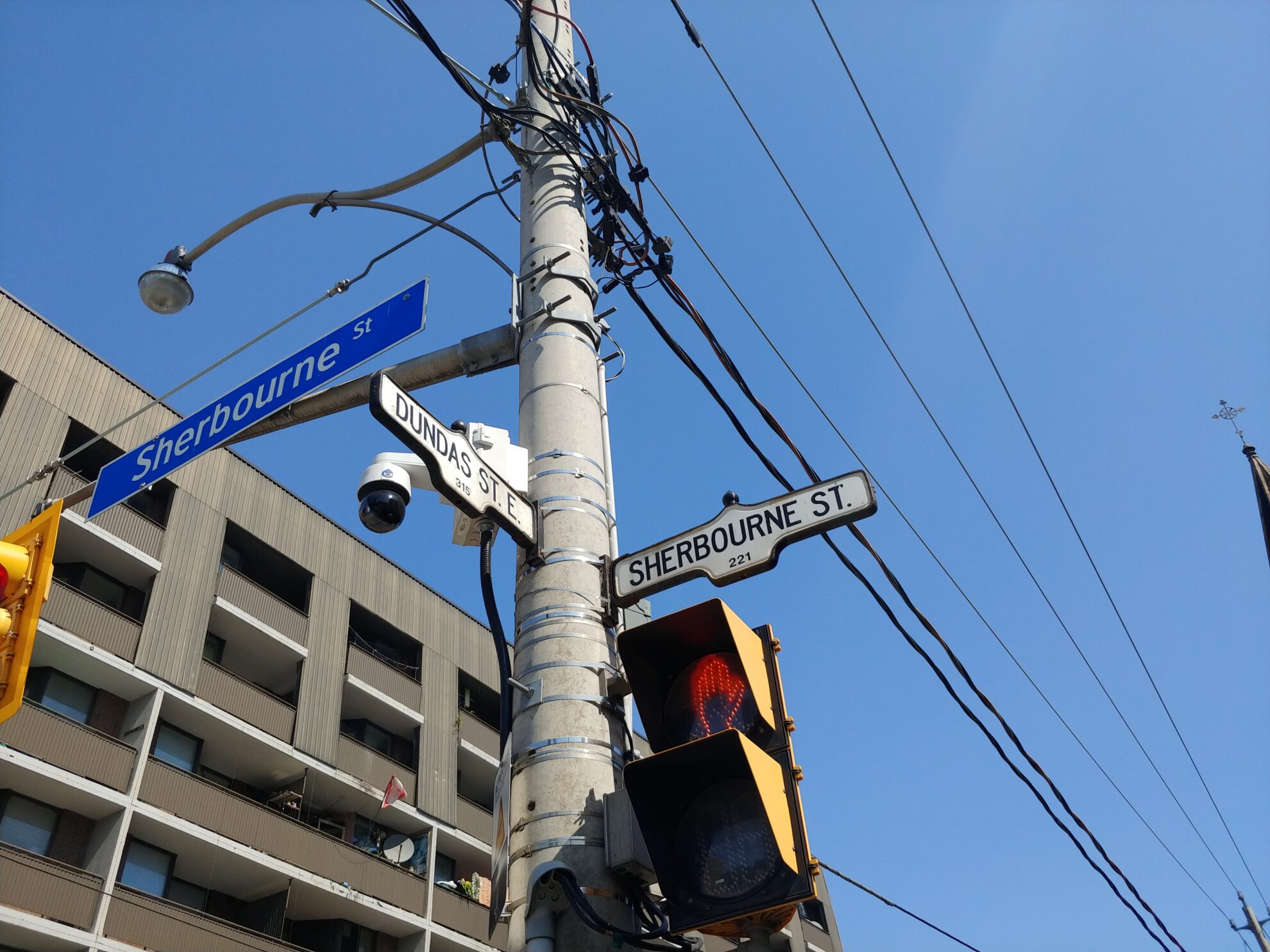 In the last City Council meeting before the summer recess, our public servants put history to the test. In a 17-7 vote, council decided that the name Dundas, referring to an obscure 18th-century British politician, should be stripped from all Toronto signage.

Henry Dundas, accused of stalling the abolition of slavery in the British Empire, never set foot in Toronto but is now among the tainted names of John A. Macdonald and Egerton Ryerson.

Whether or not today’s punishment fits the past crime, council has zero practical solutions to solving the city’s social inequities. Tearing down statues and removing names from streets may please social justice groups, but the issues these reactionary measures try to paint over are still visible.

Along the 25 kilometres of the soon to be renamed street, the intersection of Dundas and Sherbourne Streets is a good example of municipal failings.

Part of the Moss Park/Sherbourne corridor, this infamous juncture in the heart of the downtown east was a well-known “quarantine zone” long before Covid-19 arrived. Instead of containing a contagious influenza, Dundas and Sherbourne pens in the scourge of poverty.

Decades of gross mismanagement and willful neglect turned this once working-class neighbourhood into a catchment area of the city’s social ills.

A place where a high concentration of government housing sits adjacent to shelters, social services and now pandemic hotels and encampments. Idling drug dealers and sex workers are staples around this intersection.

In an effort to decolonize Toronto’s past and promote reconciliation among historically marginalized groups, City Council chose the path of least resistance. Why confront

real systems of oppression, i.e., poverty, when a name change will do? How about Not Our Problem Street?

those in need, let’s squabble over how many dead old white dudes should stand 21st-century trial.

According to the City of Toronto website, council has budgeted $663.2 million on homelessness and Housing First supports and services for 2021, almost double the amount spent in 2019.

But ask any resident, business owner or encampment occupant in Moss Park where that money has gone, and they would probably shrug their shoulders. Even if a few shekels managed to find their way down to the streets, the complexities of poverty, homelessness, crime, addiction and mental trauma won’t be solved by signing a few cheques.

What besets communities like Moss Park is not just a problem of housing but problems with being human. Finding self-worth and place in the world is as valuable as a key to a new apartment. Sure, these intangibles are better realized when you’ve got money in the bank, food on the table and a roof over your head. But while Moss Park provides some of those safeguards, as residents of the Toronto Community Housing complex can attest, a culture of despair permeates this community and prevents people from wanting more.

The city clearly has a lot of work to do. But with 60 other street names flagged as problematic, including Toronto’s flagship north-south axis, Yonge Street, finding faults with the past will only distract from obtaining solutions to the present.